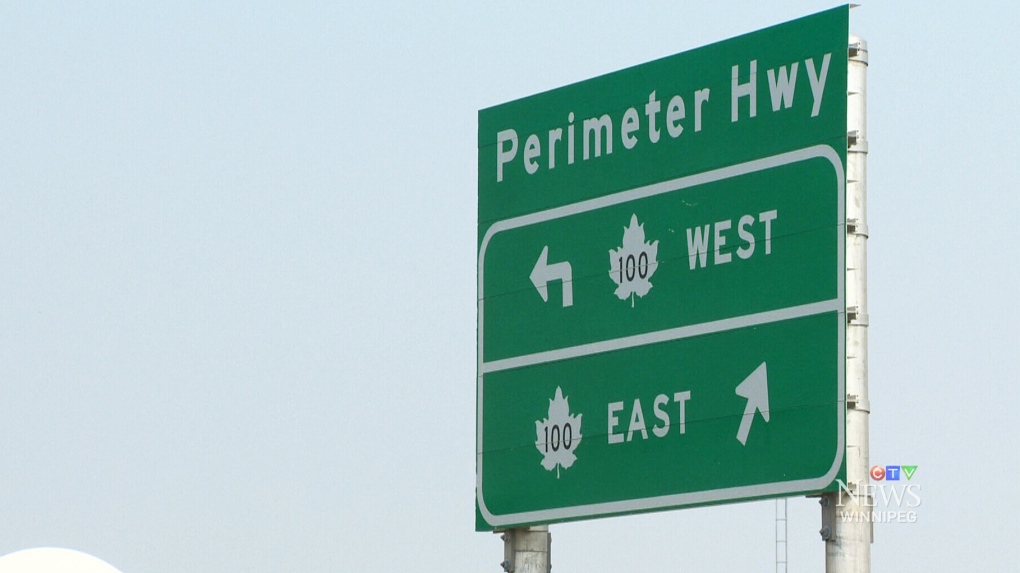 The removal of uncontrolled intersections along the North Perimeter Highway is underway – but it's raising concerns in a rural municipality that fears the changes may lead to a delay in emergency response times in the community.

Frances Smee, the Reeve for the Rural Municipality of Rosser, said the province has removed the south access from the Perimeter Highway to Sturgeon Road, along with the median access.

She said this is an integral intersection for the community, and now that it is gone, drivers have to go on a detour to get to Sturgeon Road both north and south of the Perimeter. 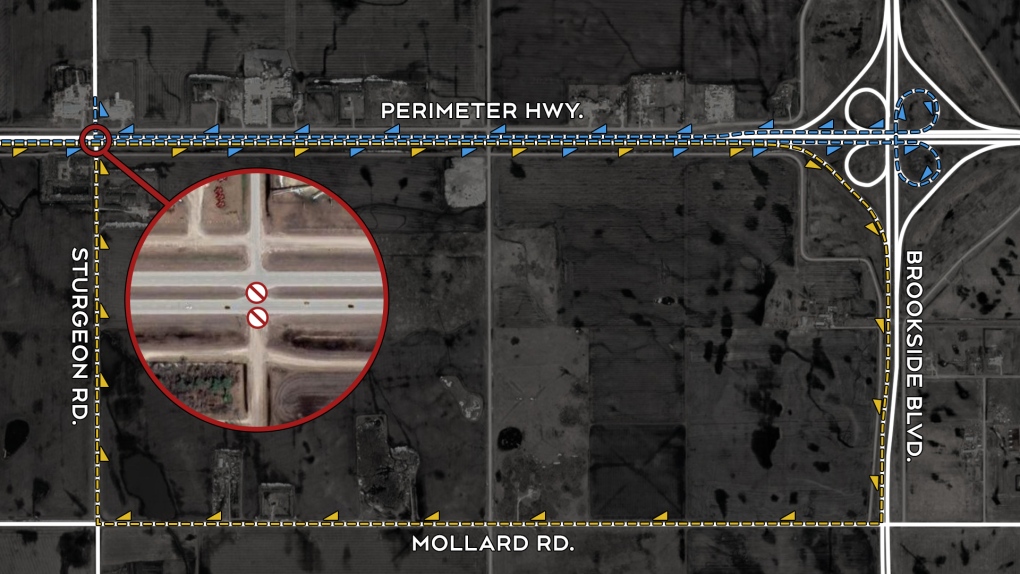 Frances Smee, the Reeve for the Rural Municipality of Rosser, says with the removal of the south access from the Perimeter Highway to Sturgeon Road, drivers have to go on a detour to get to Sturgeon Road both north and south of the Perimeter. (Source: CTV News Winnipeg)

"To add this kind of almost nonsensical restrictions – it really concerns us," she said.

"Everybody wants (the Perimeter Highway) to be safe. But if emergency vehicles cannot get where they need to be in a timely manner that is completely unsafe."

Smee said council is also concerned with large farming equipment now having to travel for longer distances on the Perimeter Highway rather than crossing at Sturgeon Road.

Manitoba Infrastructure Ron Schuler said his department has met with first responders both in Rosser and in Winnipeg, and said they are aware of the changes.

"There are all kinds of ways for them to access where they need to go into those residences," Schuler said. "We met multiple times with the fire department and with the paramedics and they're all aware and they've all signed off on this."

As for the farm equipment, Schuler said the province believes it is far more dangerous to have equipment crossing a centre median in an uncontrolled intersection.

Schuler said the plan is to remove all the uncontrolled intersections from the Perimeter Highway in the next five years, with the hope of giving the Perimeter a freeway status within the next 25 years.

'THERE'S NO SECRET IN THIS': MINISTER SAYS PROVINCE'S INTENTIONS HAVE BEEN CLEAR

Smee said while the rural municipality knew the median crossings were going to be removed, the removal of the south access to Sturgeon Road came as a shock.

She told CTV News the RM council had met with provincial engineers in the spring.

"We were assured at that meeting that it made no sense to close Sturgeon Road, and that wouldn't be closed," Smee told CTV News.

When asked to respond to this, Schuler said, "That becomes a ‘he-said-she-said’. No, it is our intention to remove them."

Schuler said the province has been clear with its intended plans for the North Perimeter.

"There's no secret in this. There are press releases, media conferences, correspondence back and forth," he said.

"We had indicated we were going to close the South (Sturgeon Road) crossing – so the right in, right out on Sturgeon. We made it very clear that the centre medians were all coming out."

He said the province did say it is going to keep the north access to Sturgeon Road open for the time being.

"We've assured individuals that before we take the North right in-right out on Sturgeon, that we will provide them (a paved) RTAC road," Schuler said.

'YOU CAN'T JUST CUT OFF FARMS AND BUSINESSES': RESIDENT WRITES LETTER TO SCHULER

Valerie Gough, who lives just north of the Perimeter Highway, wrote a letter to Manitoba Infrastructure Ron Schuler on Monday highlighting her concerns with the changes.

"No one's denying that there are safety improvements that can be done in the north Perimeter, but a road like Sturgeon is so vital for the community of Rosser," she said in an interview with CTV News.

"Everyone wants the Perimeter to be safe. But it has to be done in a way that makes sense for everybody. You can't just cut off farms and businesses, because you think it's safer and not deal with the consequences of those actions."

Gough said she would like to see the access put back on Sturgeon Road, along with the addition of turning and acceleration lanes.

Schuler said he recognizes the removal of these access roads is painful.

"There's upheaval, there's inconvenience, there's concern, and all of that is legitimate. We get it," he said.

"We will work with people on this. Nobody's shutting anybody down, but in the end, safety has to be our number one priority."

Smee said the RM of Rosser will keep working with the province.

"We intend to put it back on the table and talk about how we can make this work, make it most safe for people using the Perimeter Highway as well as all of our residents."