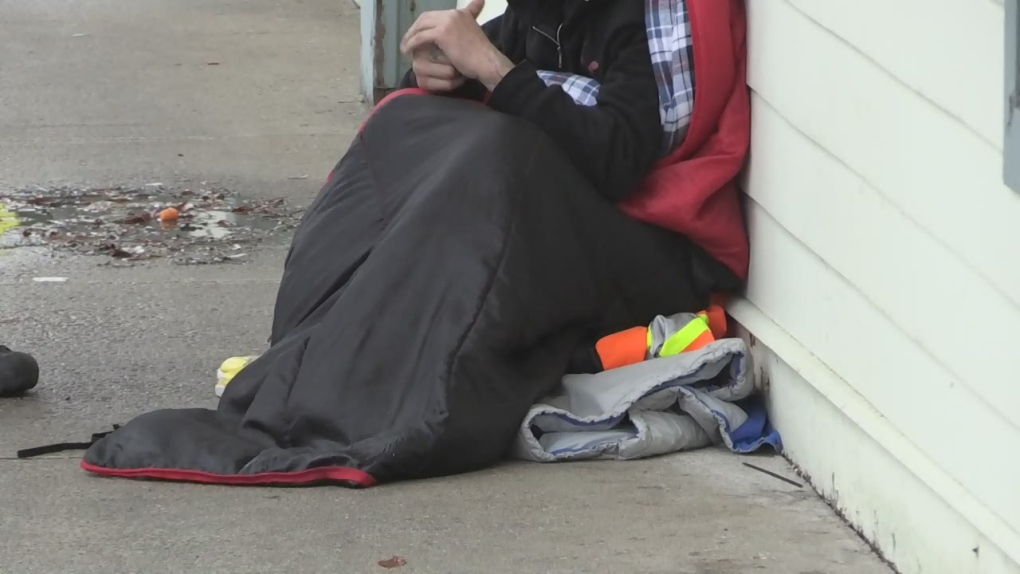 WINNIPEG -- A community initiative to keep the homeless warm through the winter months was quashed by the City due to zoning regulations and potential fire hazards.

Last week Alina Beda, the vice-president of The Urban Knights and Ladies – a community patrol group that helped build two warming huts on a small field by the Manitoba Métis Federation building near the Disraeli Bridge.

The area has become an encampment for people experiencing homelessness, with trap tents set up in the area as shelter. Beda said the huts were meant to provide a warm place for the community in the winter months.

But when Beda turned on the news, she said she was met with an unwelcome surprise.

The warming huts had been promptly removed by the city. In a statement to CTV News, the city said the huts were against by-law and zoning requirements, posed a fire risk and were not in-line with work being done as a part of the Winnipeg Strategy to Support Unsheltered People.

“Due to the fire and public safety risks they posed and based on requests from individuals already residing at the encampment, the City removed them last Friday,” the statement read.

The city said it attempted to contact the volunteer who delivered the encampment multiple times but were not able to.

“It was heartbreaking when we just found out,” Beda said. “We went to see the Métis Nation because they were just beside, and we talked to the homeless people, and they were very excited, very happy about it. They said it was a very good idea, so I don’t know what the city had a problem with.”

In a statement from the Urban Knights and Ladies, Michael Belhumer a volunteer with the organization called on the city to offer an apology and a compensation of $5,000 for destroying the huts.

He said the units were illegally removed and destroyed. He added there was not sufficient time given by the city before they were removed.

Beda said she has not been contacted by the city about the warming huts.

Beda told CTV News she had partnered with students at Stonewall Collegiate who volunteered to build the warming huts. The students had raised money and in-kind donations at their school to build the shelters.

John Loochuk, the vice-principal at Stonewall Collegiate told CTV News on Friday the school had no input on where the shelters were being placed.

He was not aware the shelters had been removed but said he was so proud of the hard work the students did.

“It was awesome that they wanted to help others and the Urban Knights said that they had a need for this,” Loochuk said. “Our kids were just really fired up to be helping others.”

As for Beda, she said her work in the homeless community is not done, but how she does the work may be a little different next time.

“We will try to contact them and work with the Councillor or the Mayor or whoever will be involved,” Beda said.