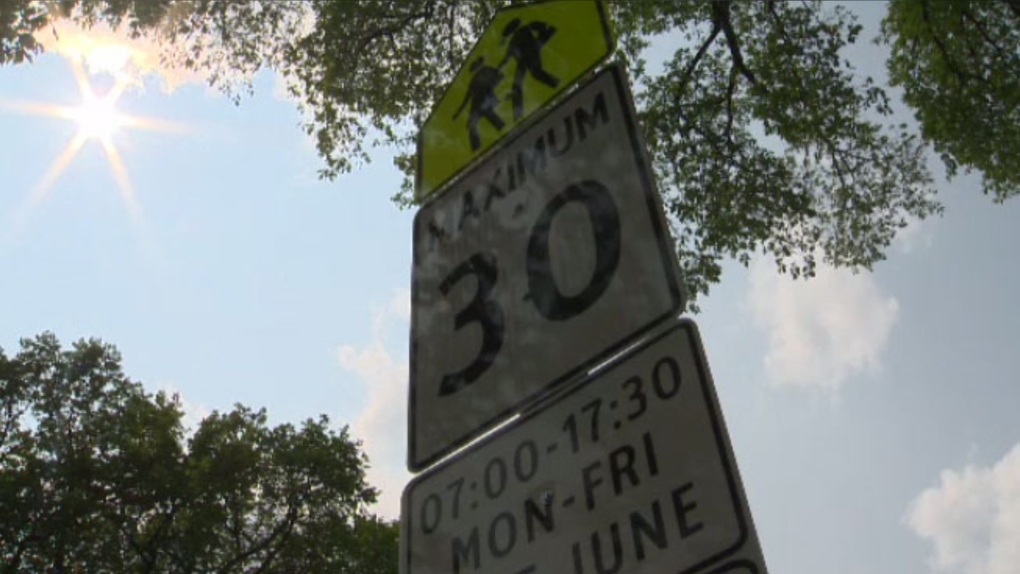 WINNIPEG -- A Winnipegger's rescinded gift of flashing amber lights to be installed in Winnipeg school zones may be back on the table after city council voted in favour of moving the process forward.

In a vote on Wednesday, Winnipeg city council voted in favour of an amended motion to accept the gift, initially offered more than four years ago.

Lewis rescinded the offer earlier in September after the city deferred making a decision to accept the gift. At the time, Lewis said the city kept putting barriers up and the process was getting too complicated.

"That was the biggest sticking point, I wanted to have some kind of input of where they were going and the timeline," he told CTV News on Wednesday evening. "They were sort of taking that away and controlling it themselves, but I hear that all has changed which is a great thing and I'm glad that the city is actually going to work with me.”

In a 15 to one vote, city council passed an amended motion brought forward by Coun. Kevin Klein.

Lewis said the vote was a step in the right direction.

"It will be a happy moment. We've waited four years to do it, so it will be a great thing to actually start putting them up and saving some kids' lives and making school zones safer," Lewis said, though he added he has not seen or heard any details.

"If they can get back to the original contract that we agreed upon in the first place, then I have no problem putting them out."

Lewis said he will be speaking with the city on what the next steps are.

CTV News has reached out to Coun. Kevin Klein for comment.

-with files from CTV's Devon McKendrick and Touria Izri