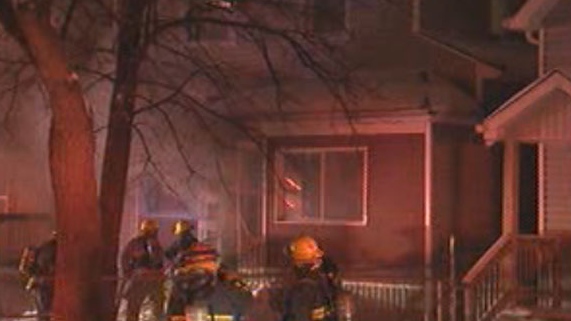 Crews were called to a house fire on Pritchard Avenue early Thursday morning.

Fire crews are investigating the cause of an early-morning fire in the North End.

Firefighters rushed to the home in the 400 block of Pritchard Avenue just after 3 a.m. Thursday.

Smoke billowed out of the front and side of the house but crews were quickly able to bring the blaze under control, said officials.

The people living inside managed to get out unscathed.

There is no word yet on what caused the fire, or a damage estimate, officials said.