Restaurants and bars feel the squeeze of new rules 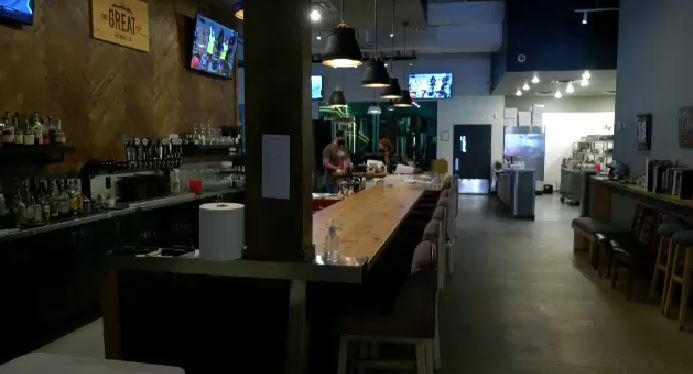 One Great Brewing City Co. in Winnipeg is one many Manitoba restaurants dealing with new restrictions, including shorter hours. SOURCE: Mike Arsenault

WINNIPEG -- Manitoba restaurants and bars have struggled throughout the pandemic and are now feeling the squeeze of tighter new rules.

With cases on the rise in Manitoba, the province introduced additional restrictions that came into effect this week, which reduce hours.

Under the new public health orders licensed bars and restaurants are no longer allowed to sell or serve alcohol past 10 pm, and all customers must be out by 11 pm.

Tim Hudek, operations manager of One Great City Brewing Co., said running his restaurant has had its fair share of difficulties and the new rules could add to the challenges.

“You know, people go out to eat at different times depending on what demographic they’re in. So certainly our late night crowd will fall off,” said Hudek.

When members of the public enter a licensed establishment like Hudek’s restaurant at least one person from the party must give their information to staff to help the province with contact tracing. The bar or restaurant must hold onto that information for 21 days. After that it has to be destroyed.

The new health orders don’t prevent the sale of alcohol for take-out or delivery, which is a silver lining for Hudek.

“We are lucky enough that we are able to lean on the brewery and make up some of that revenue. (For) a lot of other restaurants out there it is a lot tougher.”

One of those restaurants is Flea Whiskey’s Billiards and Café.

Owner David Richardson said the latest restrictions are having a significant impact on his business because his busiest time is around 10 p.m.

“I would think a lot of people actually came to our place after going somewhere else for dinner,” said Richards.

The Manitoba Restaurant and Food Service Association said 10 to 15 per cent of restaurants in the province make their money in the late night hours.

“This reduction on another revenue stream is just further deteriorating (the industry), especially those businesses that have that existing night life,” he said.

“Later on there’s more alcohol being consumed, less attention to safeguards, so it’s really where our (epidemiology) has pointed us right now. So that’s where we’re going to try to target it.”

Hudek is encouraging small restaurants to add alcohol to their online platforms in effort to keep profit margins up until restrictions are lifted.

“Hopefully we all sort of get through this together, and the numbers go down, people start going out, and Manitobans are safe again.”