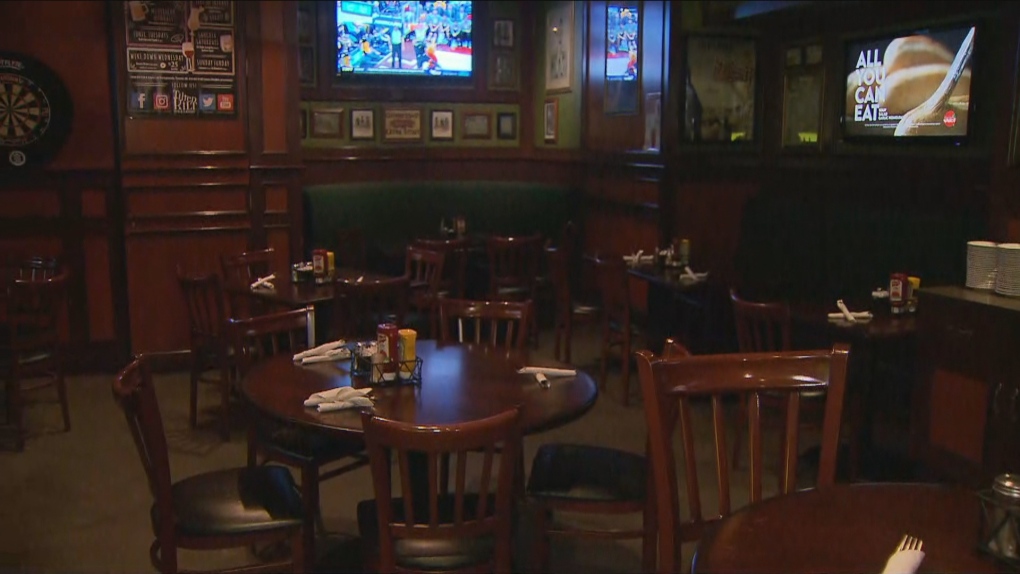 WINNIPEG -- Manitobans are being allowed to visit dine-in restaurants, drink in bars and go bowling Monday as the province eases more restrictions that were put in place to help fight COVID-19.

It's the second phase of the government's relaunch of services after few new infections in recent weeks.

Restaurants, which had been limited to patio and takeout service, are being allowed to serve customers indoors, but at half capacity.

Bars can also reopen with fewer patrons, although common areas such as pool tables and dance floors remain off limits.

Recreational sports -- everything from bowling alleys to beer-league softball -- are also back, as are nail salons and tattoo parlours.

Staff at the Dakota Lanes bowling alley in Winnipeg were all set to open for the first time in two months, albeit under rules to operate at half capacity.

"We're quite happy that actually I can make some money and pay my rent, because the rent hasn't really stopped," said Don Van Dale, who runs the 24-lane facility with his son.

Bowlers are asked to make reservations in advance and are offered disposable bowling shoes. Extra staff are on hand to sanitize everything and control customer flow at the door.

"For half capacity we're going to need more staff," Van Dale said. "I figure our staff is going to go up 25 per cent."

Classroom learning isn't returning, but schools can reopen for tutoring, assessments in small groups and for some extracurricular activities.

There are still many venues that must remain closed, including bingo halls, movie theatres, concert venues and amusement parks.

This report by The Canadian Press was first published June 1, 2020