Winnipeggers are invited to step back in time to experience a beloved, decades-old Christmas tradition.

Manitoba Children’s Museum has brought back the Eaton’s Fairytale Vignettes, a display that is fully restored and open to the public until mid-January.

Starting in the ‘60s, the vignettes were displayed at the iconic downtown Eaton’s store during the holidays. 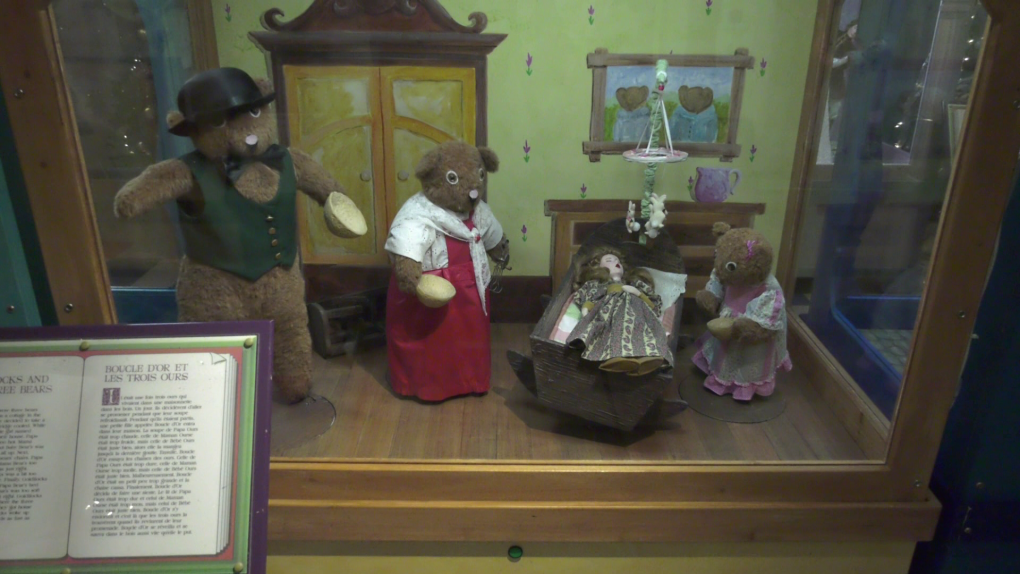 “Eaton’s sort of coined themselves as a Christmas store. They were known for these ornate window displays, the Santa Claus parade – all those wonderful holiday things,” explained Andrea Brickwood, director of education and exhibits for the Manitoba Children’s Museum.

“The vignettes were created as sort of a passageway through Santa’s Village, all the way to see Santa.”

Each animatronic vignette depicts a scene from a classic story, like Cinderella dancing at the ball with Prince Charming or Rumpelstiltskin and his spinning wheel, said to turn straw into gold.

The museum inherited the vignettes from Eaton’s in 1999, when the department store chain declared bankruptcy and its downtown Winnipeg store closed.

Over the years, the museum has done some restoration work on the decades-old animatronics, most notably moving them out of their frames that were reminiscent of a Bavarian cityscape and into individual cases. 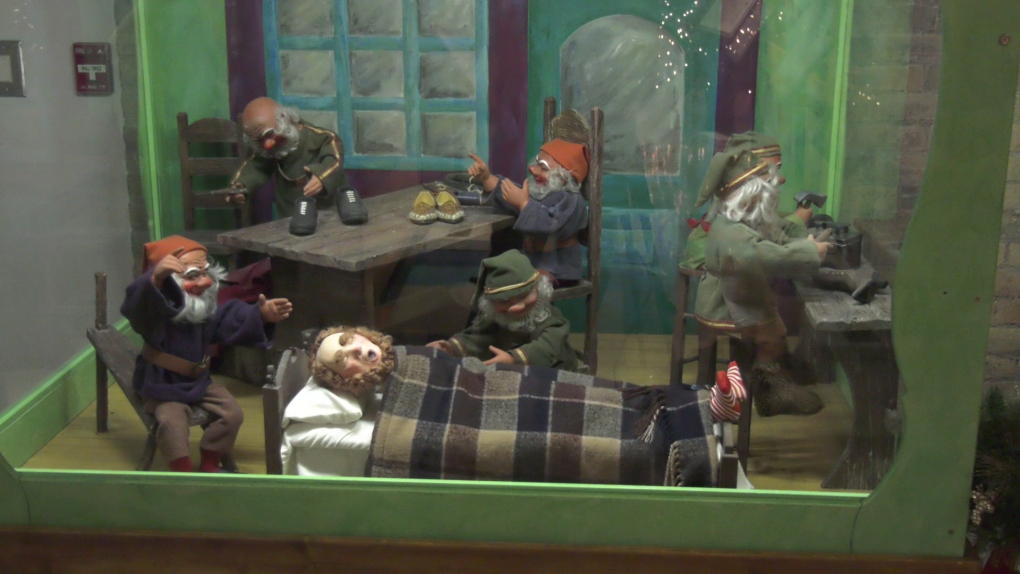 Brickwood said the annual exhibit draws visitors of many generations, including those who saw the vignettes in their original glory on Portage Avenue.

“We have lots of visitors coming in – grandparents, parents, bringing their children to see these vignettes because they remember them from when they were children,” Brickwood said.

“They are brought back to those times. It's really wonderful.”

An outside group may have accessed the online personal information of some Running Room customers in Canada over the last several months, the retailer says.

Though you won't be able to sit on the old, cracked pleather benches and take in the thick smell of gravy and fries, while the gentle sound of clanging dishes provides the soundtrack for your lunch, Zellers plans to roll out food trucks for those 'craving a taste of nostalgia.'

Members of Parliament are making their way back to Ottawa ahead of resuming sitting on Monday, as the city prepares to mark the one-year anniversary of the arrival of 'Freedom Convoy' protesters.

Pamela Anderson is addressing discussion about a story regarding her 'Home Improvement' co-star Tim Allen that is part of her new memoir, 'Love Pamela.'

'We must meet this moment': Trudeau says in speech to Liberal caucus

Prime Minister Justin Trudeau called on his Liberal caucus to meet the moment on Friday, as Canadians deal with the high cost of living, a struggling health-care system and the effects of climate change.