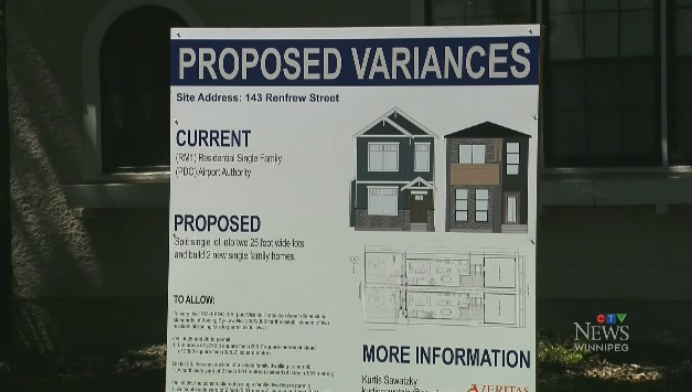 WINNIPEG -- Residents in the River Heights neighbourhood have managed to hold off infill developers in their community for at least a little while longer, after winning an appeal to stop a controversial infill lot spilt.