Runaway dog spends 126 days on the loose in Assiniboine Forest 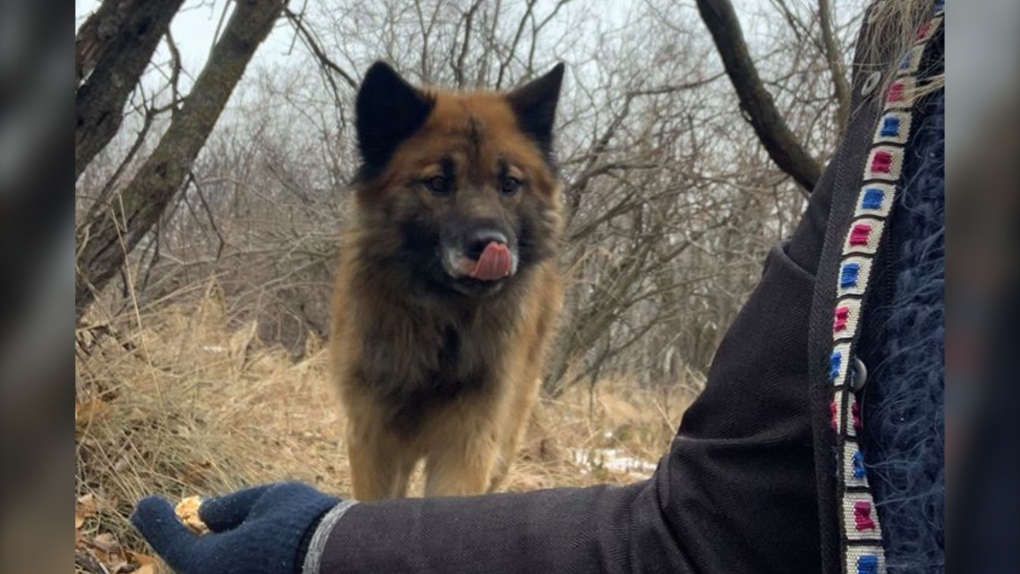 Murray the dog (pictured) spent 126 days on the loose in the Assiniboine Forest. (Supplied: Kristy Greening)

Murray the dog's months-long ordeal started back in August, when he was rescued by LEASH, an animal rescue group that specializes in catching lost and stray dogs.

Kristy Greening, a founder of LEASH, said they live trapped Murray, who had a face full of porcupine quills, in a community north of Winnipeg. He was brought to the Winnipeg Humane Society where he was adopted by a family. 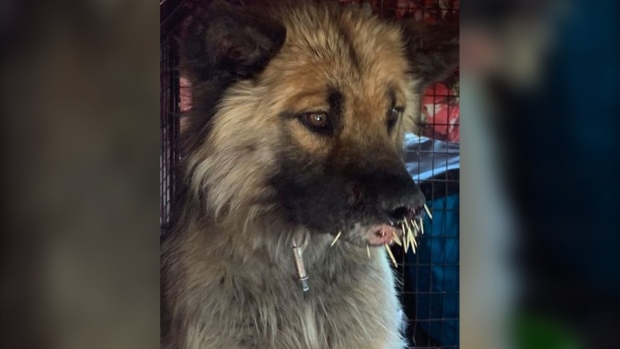 "They had him for just over two weeks," said Greening. "They were on a walk and he got spooked with his leash attached and he took off."

Greening said they tried everything to coax Murray home. They brought him four meals a day, but Murray was skittish and would not come close enough to be captured. They tried setting automatic traps, which failed.

But trail cameras continued to sight Murray, who without fail would turn up to eat the food and then take off.

"He's a very, very smart dog," Greening said. "He's also not terribly food motivated, because we use food to get them into the trap, so if it's something that is scary, he's just going to say, 'No, I'm not doing it.'"

After 126 days, Greening said the volunteers at LEASH were able to get Murray into a large trap.

Now the dog is back with the family, but Greening said it will be a while before Murray feels at home.

"It's not easy. It's not that super happy reunion where a dog recognizes his family," Greening said. "He is still so nervous, and he had only been with them for two weeks, so it's going to take some time for him to decompress and learn that this is home."

As for Murray's new family – Greening said they are happy to have their dog back home. For them, it was worth the wait. 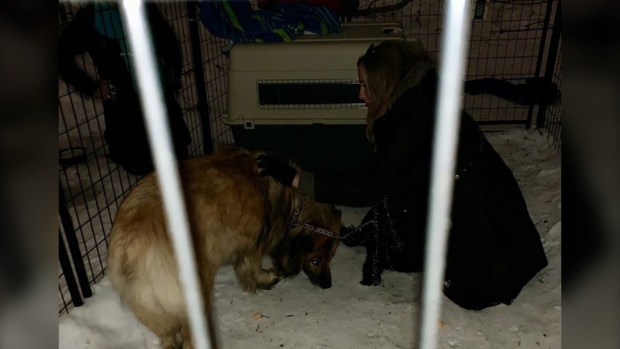 Editor's note: The current story has been revised to clarify that Murray the dog was rescued in a community north of Winnipeg.