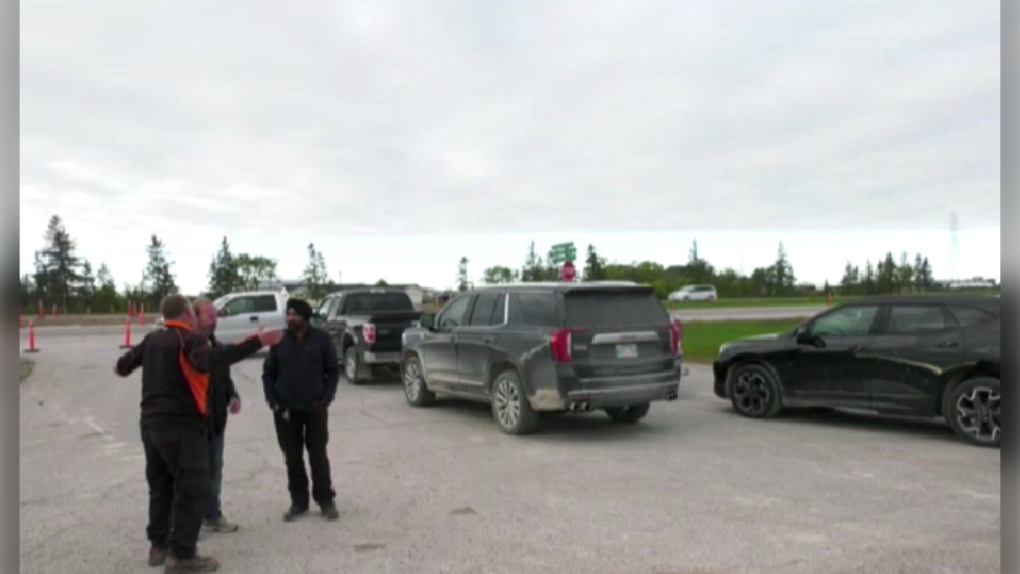 Safety concerns relating to highway improvements and a closed access road led to a protest on the North Perimeter Highway Friday morning.

Rod Cyr, a local business owner, said the removal of an access road to their business in West St. Paul off the North Perimeter will not only impede business, but in the case of an emergency, could affect response times.

“They haven’t put anything in place to allow us proper access. They are going to take everything away and then they have a five-year plan to improve it,” said Cyr. “Five years is a long time. If we have any kind of emergency in here, emergency vehicles are not going to be able to get in here.” 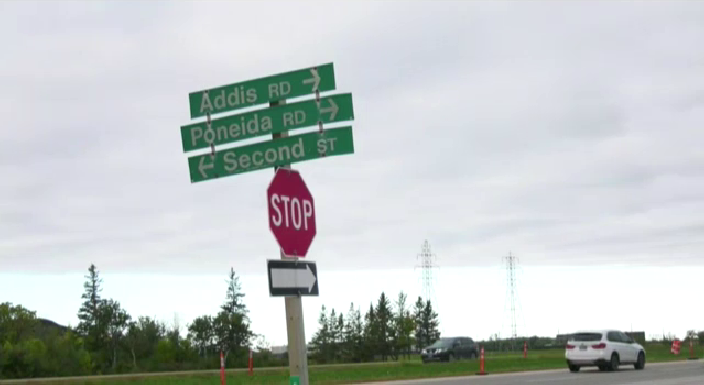 Those concerns are amped up come winter when plows often take days to clear the roads around his business, according to another business owner.

“Highways have said they will plow the roads. We currently have a business, we’ve been here for 25 years. We plow our own roads. We plow over a mile of road when it snows. So, them taking all the access away, we will not even be able to get into our facility to get a loader to plow the roads,” said Grant Kubay of Main Line Industries.

Kubay said with the access road closed traffic will be rerouted to Pipeline Road, which is not set up to accommodate a high volume of larger trucks.

Emergency access isn’t the only concern these business owners have.

According to Kubay, access roads are also used by emergency services to respond to accidents on the North Perimeter.

“Now the emergency vehicles can’t get to the site. They are going to have to go into oncoming traffic because you will not be able to access the service roads.”

Both Cyr and Kubay are not opposed to the highway improvements but said a lack of consultation with the local community has made it difficult for those affected to find alternatives.

“We need the intersections to stay open until they have the proper improvements and the proper consultation with everybody before this is happening,” said Kubay.

In a statement, the province said changes to the Perimeter Highway are a result of the ongoing Perimeter Safety Review and focus on access points and intersections where there is the greatest risk of severe collisions.

“The department’s highest priority is addressing real safety concerns, while balancing the access needs of local business and road users. Manitoba Infrastructure is looking for additional options for improvements and enhancements at this site to provide safer access alternatives,” reads the statement.

The statement goes on to say extensive public consultations with local governments, interest groups and individual property and business owners have taken place and will continue to meet as requested.

This is a corrected story.

A statement made by Rod Cyr regarding a school bus being forced to drop off children on the Perimeter has been removed as Cyr retracted the comment, noting it was wrong.

Manitoba’s Infrastructure Minister Ron Schuler said after the province investigated if children were let off the bus or not, it learned it was false.

Schuler said the province will be investigating the claim.

He added the work that is currently being done is about safety for all who drive that road.

Former U.S. President Donald Trump on Monday sought to block the release of documents related to the Jan. 6 insurrection to the congressional committee investigating the attack, challenging the decision of President Joe Biden.