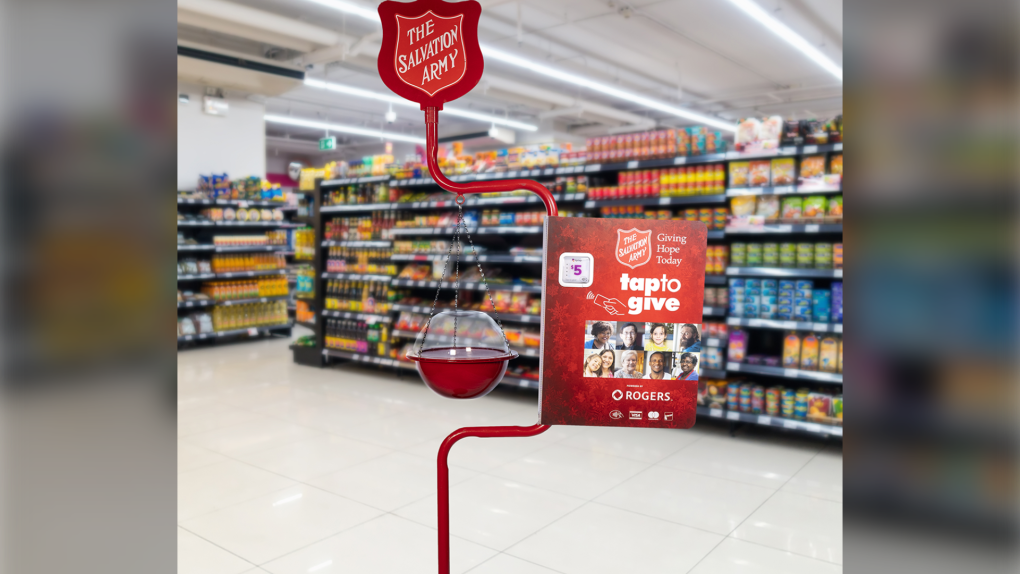 WINNIPEG -- It has been well documented the challenges the COVID-19 pandemic has caused and it has led to people across the country having to adapt.

As the holiday season is now in full swing, The Salvation Army is also adapting as it sets out for its 2020 Christmas Kettle Campaign.

Major Jamie Rand, who is part of the Prairie Division with The Salvation Army, said the kettles will look different this year, featuring new technology.

"We have got a TipTap. What it is, it's a tap-and-go option at our kettle locations. Hopefully in the days to come, you'll see a few unmanned kettles in the Winnipeg area specifically that will have the sign there. You just walk up and it will be a little tap tile for a $5 donation," said Rand.

He said because of COVID-19, volunteers won't be able to stand at the kettles, so this new option will give a quick and touchless way for people to donate.

Rand said this was something that was in the works just as the pandemic was starting, and he noted the plan is to use the technology in the coming years.

"We know more and more Canadians are not carrying cash around in their pockets any longer. So it's an option to have. They can also use Apple Pay or any credit card, debit card. All of the above works. We hope it will be an aspect that will allow us to be able to increase donations, to be able to do more to help those who are coming to us for help."

Rand said now more than ever, The Salvation Army is extremely busy helping those in need and because of the pandemic, the organization has received five times more requests in the Prairie Division compared to 2019.

"I know one location is doing hampers. It showed a result last week of normally being up to 500 (requests) at that time and there were over 2,500 applications up to that point and still going. So I know the need is great."

The Salvation Army has set a goal of $385,000 in Winnipeg and the hope is to raise $23 million across Canada.

Rand said in Winnipeg, kettles will start to show up at Walmart locations throughout the city.

If people aren't able to donate at the kettles, they can also help out by visiting The Salvation Army's website fillthekeetle.com, or by calling 1-800-SAL-ARMY.