Second arrest made in assault at Manitoba home that went up in flames: RCMP 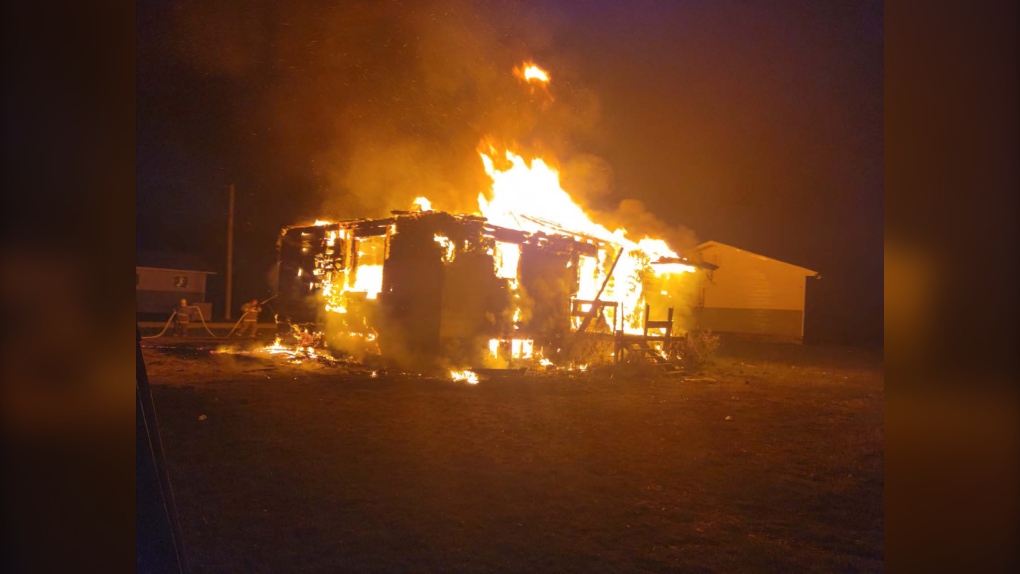 Police have made another arrest in connection with an assault on a Manitoba First Nation that happened inside a house that was set on fire.

Moose Lake RCMP said they were called at around 1 a.m. on Oct. 1 to a home on Portage Road in Mosakahiken Cree Nation, Man.

Police said it was reported that a man and a woman were assaulted there.

When officers were leaving to investigate, someone pulled up outside the detachment to tell them the same house connected to the assault was on fire.

Police said the home was fully engulfed in flames when they arrived on scene. Officers said nobody was believed to be inside at the time.

The two victims who were assaulted, a 38-year-old man and a 33-year-old woman, were taken to the local nursing station for minor physical injuries, police said.

Police said it is believed the fire was purposely set.

Mounties said their investigation found the victims were alone at the home when two men they knew broke in and assaulted them with weapons.

Police said the two victims were able to leave the home and get to safety before the fire broke out.

On Oct. 5, police announced that Leroy Jensen, 21, was arrested and faced a slew of assault, arson, and weapon-related charges.

At the time, police asked the public for help in finding 26-year-old Patrick Ballantyne in connection with the incident

On Monday, police announced that Ballantyne was arrested and remanded into custody.

None of the charges against Jensen and Ballantyne have been tested in court.