Second World War veteran has street named after him 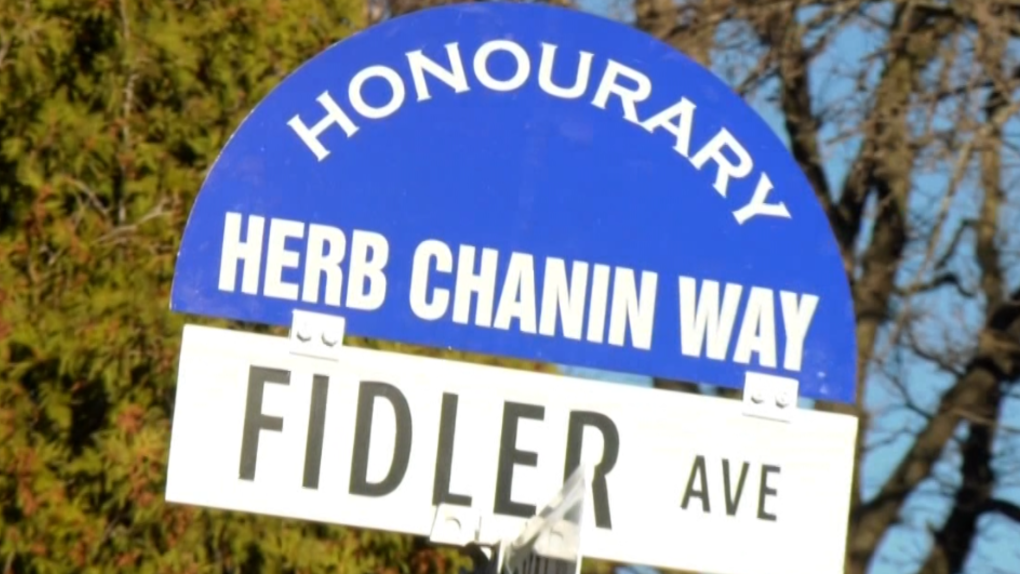 Second World War veteran Herb Chanin had a Winnipeg street named after him.

WINNIPEG -- The city honoured one of its few surviving Second World War veterans on Friday by naming a street after him.

Fidler Avenue in St. James is now known as the Honourary Herb Chanin Way and it is in the neighbourhood where Chanin lives.

Chanin is originally from Stonewall, Man. and joined the Canadian Air Force after his 18th birthday.

During the Second World War, he was stationed in Iceland for the war’s final years.

Chanin said the recognition was unexpected.

"I accept it on behalf of all my buddies that didn't make it back," said Chanin.

After the war, Chanin returned to Winnipeg with his family in 1953 and bought a home with his wife in the St. James area where they raised five kids.

Chanin still lives in the neighbourhood.