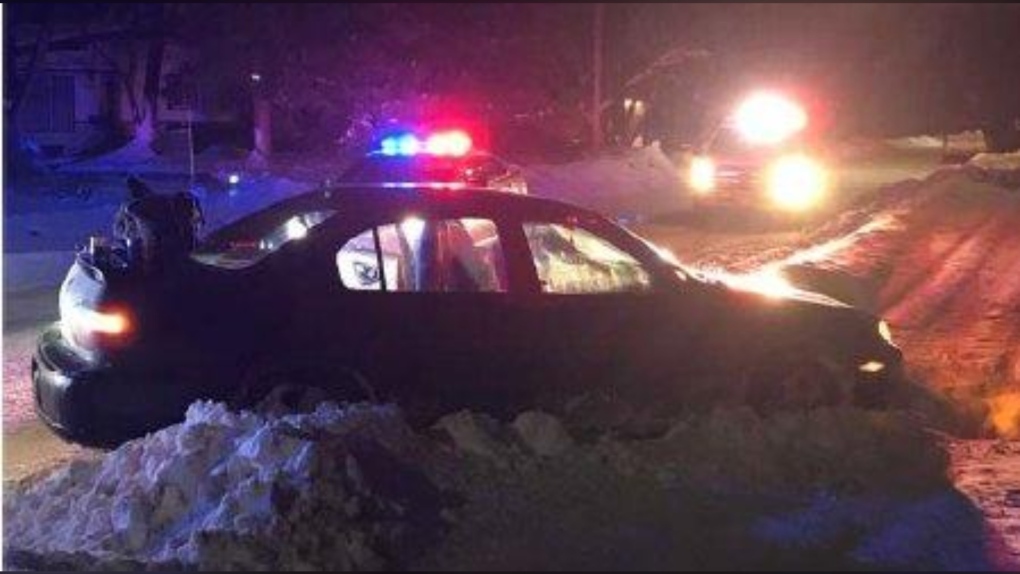 WINNIPEG -- Selkirk RCMP have taken a man into custody after alleging he failed to stop for officers.

On Friday, around 2:45 a.m., the Mounties tried to stop a man who was driving a vehicle that had no front or back licence plates.

Officers said he failed to stop and drove off.

According to RCMP the man lost control of the vehicle a short time later and hit a snowbank near the intersection of Colcleugh Avenue and Eveline Street in Selkirk.

Tyler Friesen, 21, is facing several charges, including: flight from police, dangerous operation of a motor vehicle, driving while disqualified, and driving an unregistered vehicle.

After he was arrested, police learned Friesen had three outstanding warrants.

He is currently in custody and is expected in court on Jan. 25.