Selkirk Restaurant that hands out free meals vandalized during break-in 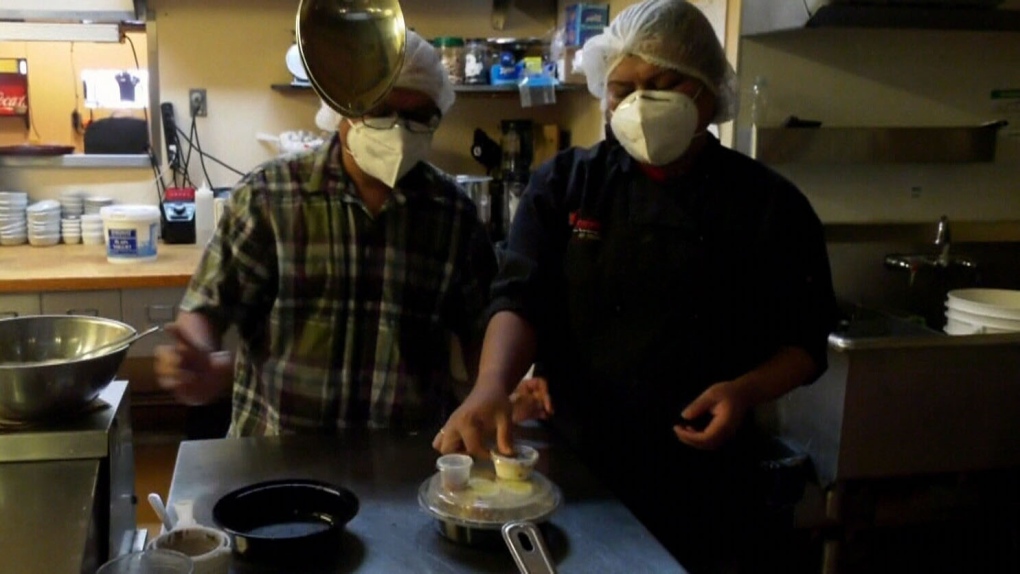 WINNIPEG -- A Selkirk restaurant that has handed out more than a thousand free meals to struggling Manitobans was vandalized during a Friday morning break-in.

Owner Veena Nandan of Vinnies South Indian restaurant said the alarm system went off a little after eight. She said the alarm can go off for a number of different reasons, so the building manager went to check it out. When he arrived, he saw an individual inside and called RCMP.

"Damage to the restaurant was more towards the utensils and cutlery kind of thing and there were two safes he tried to break-in," she said. "Also, the windows on the door needed to be replaced."

Nandon said RCMP arrived on scene pretty quickly and apprehended the individual before he was able leave the restaurant. She said since the pandemic began, the majority of transactions have been cashless, so there wasn't very much money on site.

"We were really very shocked because it has never happened to us in almost two and a half years we have been there," said Nandan.

"We are glad that was not much damage except a few hours of manpower to clean stuff."

She said despite the morning break-in, the restaurant did open later that afternoon.

As for the free meals, Nandan said that continues on.

"We are still doing it, and we look forward to do it, and helping our fellow citizens to help whatever way we can."