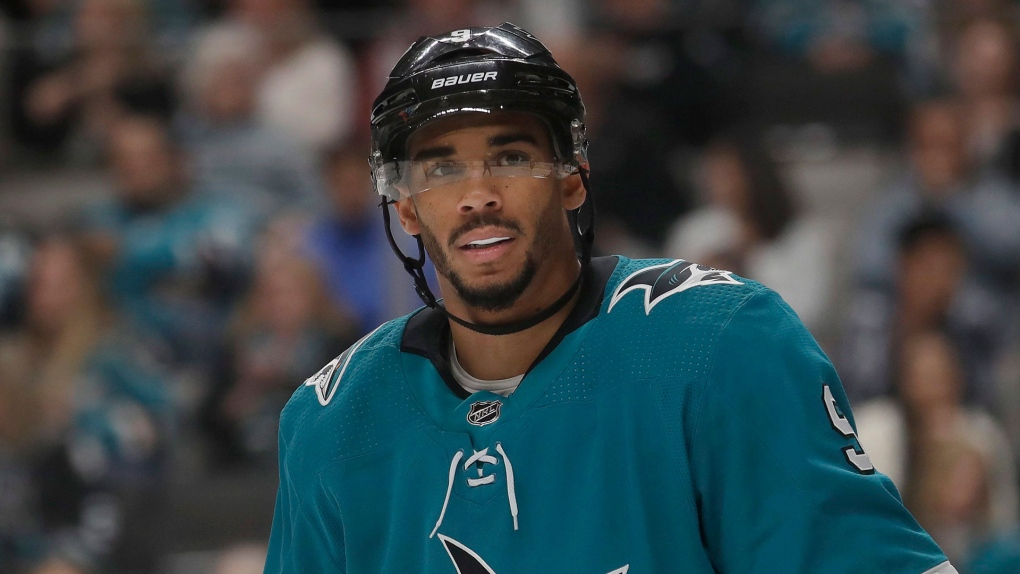 The San Jose Sharks have placed forward Evander Kane on unconditional waivers with the intent to terminate the remainder of his $49 million, seven-year contract.

The Sharks said Saturday that they made the move because Kane violated COVID-19 protocols in the AHL where he is currently playing for the Barracuda. The team said it would have no further comment.

The termination of the contract will cost Kane about $22.9 million remaining from the contract he signed in May 2018. A message was left seeking comment from Kane's agent.

The move ends a months long saga regarding Kane's status with the Sharks. He faced accusations of gambling on games, purposely losing games he bet on, as well as sexual and physical abuse from his estranged wife Anna over the summer.

The NHL investigated and found no evidence to support those allegations but did suspend Kane for 21 games for submitting a fake COVID-19 vaccination card.

When the suspension was lifted at the end of November, the Sharks placed Kane on waivers and sent him to the AHL when he was unclaimed.

Kane had eight points in five games with San Jose Barracuda in the AHL before being placed in the AHL's COVID-19 protocols on Dec. 22.

The 30-year-old Kane had 22 goals and 22 assists in 56 games last season for the Sharks. Kane also has played for the Atlanta/Winnipeg franchise and Buffalo since being drafted by the Thrashers fourth overall in 2009.

A driver who struck and killed a woman and her three young daughters in Brampton, Ont., nearly two years ago is set to be sentenced today.

The European Union's efforts to impose a new round of sanctions against Russia over the war in Ukraine appeared to be bogged down on Monday, as a small group of countries opposed a ban on imports of Russian oil.

Most of Shanghai has stopped the spread of the coronavirus in the community and fewer than 1 million people remain under strict lockdown, authorities said Monday, as the city moves toward reopening and economic data showed the gloomy impact of China's 'zero-COVID' policy.

A man opened fire during a lunch reception at a Southern California church, killing one person and wounding five senior citizens before a pastor hit the gunman on the head with a chair and parishioners hog-tied him with electrical cords.