'She can't be forgotten': Group rebuilds memorial for Eishia Hudson 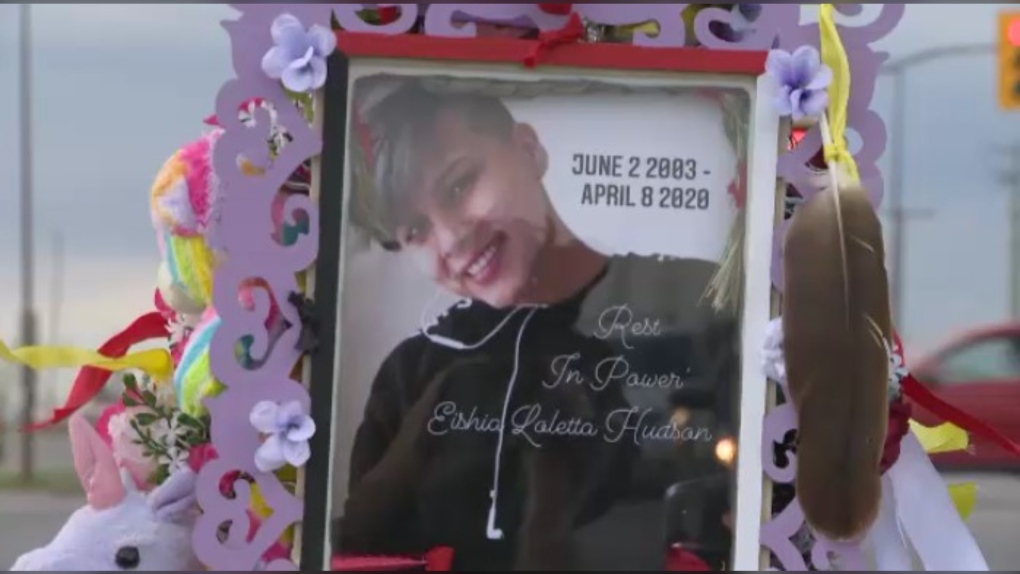 A memorial for Hudson is located at Lagimodiere Boulevard and Fermor Avenue.

WINNIPEG -- Family and friends of Eishia Hudson came together on Sunday night to rebuild the memorial dedicated to the 16-year-old girl.

“With the dismantling of my daughter’s vigil site and the stuff that’s going around the community with my daughter.”

Hudson was shot and killed by the Winnipeg police in April 2020 following an alleged group theft at a Sage Creek Liquor Mart.

According to an investigation by Manitoba’s police watchdog, a police officer fired his gun twice at Hudson, who was driving a stolen Jeep. She was taken to the hospital where she died from her injuries.

Manitoba’s Independent Investigation Unit determined the officer involved in the shooting would not face any charges. However, Hudson’s family has called for a review of the investigation.

A memorial for Hudson is located at Lagimodiere Boulevard and Fermor Avenue.

Zebrasky, said someone dismantled and took down the vigil.

She noted she wants people to remember Eishia for who she was and what brought her to where she is now.

Winnipeg police shut down roads in the area of the memorial for about an hour to ensure the safety of those attending the vigil.