WINNIPEG -- What started as a hunting trip for a Quebec man turned into a fight for his life, after he was shot by an unknown suspect and left for dead in the wilderness of northern Manitoba.

Daniel Anowak is recovering at the Health Sciences Centre in Winnipeg. The bullet hole in his shoulder has mostly healed, and his left hand and feet are wrapped tightly as he recovers from frostbite - both permanent reminders of Anowak's harrowing experience.

It happened nearly two weeks ago. Anowak had been visiting Churchill, Man., when he went out to go trapping.

He's not exactly sure where it happened, but RCMP estimate Anowak was out near Button Bay, about eight kilometres west of Churchill when he saw a snowmobile approaching. 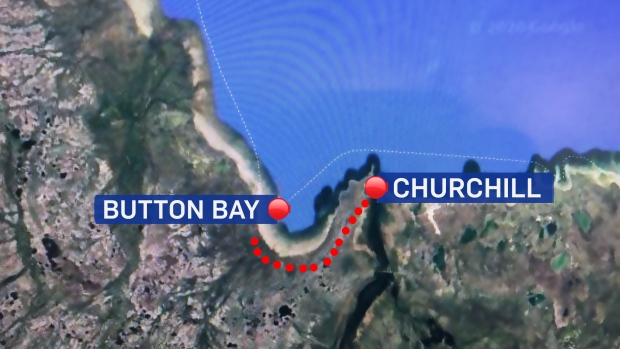 "The guy stopped, he was about 500 yards away. I couldn't see his face," Anowak told CTV News. "The next thing I know, I heard a gunshot."

Anowak was knocked down from the bullet that had just ripped through his left shoulder – he said he passed out for a few seconds.

When he got up, he said he saw the snowmobile driving away.

"I started feeling something warm, like the blood started gushing out of my front wound and my back wound," Anowak said. "I just started walking."

THOUGHTS OF HIS KIDS KEPT HIM ALIVE

The walk was tiring, Anowak was short of breath and his legs felt like they were going to give out. He said he could only make it about 20 yards before he would collapse. He was scared he was going to freeze to death.

"I was petrified. The only thing on my mind was my kids," he said. "I didn't want my kids to grow up without a father. They were my motivation to keep going, to keep walking."

Anowak walked through the night, 20 yards at a time, wandering back towards safety.

RCMP said he walked into Churchill on Feb. 7. Anowak said he found the nearest business and started yelling.

As people came to help, an exhausted Anowak said he laid on a rock outside and waited for the emergency crews to arrive.

RCMP BELIEVE THE SHOOTING TO BE AN ACCIDENT

Both RCMP and Anowak believe the shooting was accidental, with the snowmobiler possibly mistaking him for an animal. 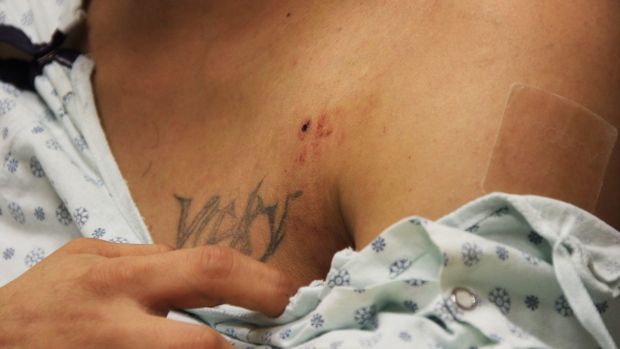 "Putting myself in his shoes – he kind of got scared, right? He panicked," Anowak said. "I just want him to bring himself in, so I could have a little bit of peace of mind."

Still, RCMP are asking anyone with information about the shooting to contact Churchill RCMP at (204) 675-2551.

As for Anowak, he said the experience has not turned him off hunting. For now, he is looking forward to returning home in Quebec to see his girlfriend and his kids.

"I'm just thankful that I made it there alive, so I could see my kids graduate, get married and have some grandkids, and all that."

-with files from CTV's Jeremie Charron