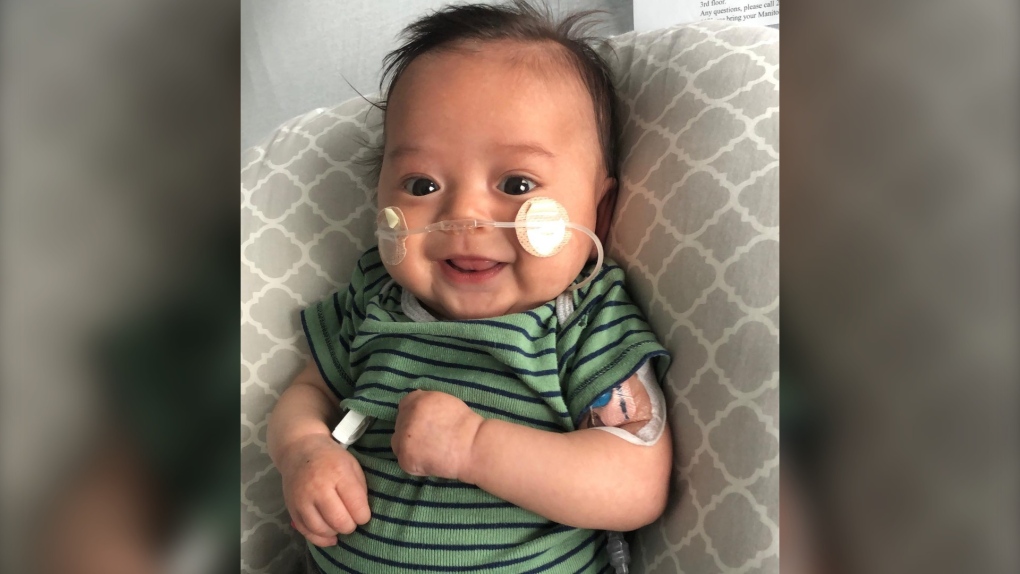 WINNIPEG -- A six-month-old Winnipeg boy is recovering after receiving a stem cell transplant earlier this month.

Boston has a rare disease called hemophagocytic lymphohistiocytosis (HLH), which is an auto-inflammatory condition.

To survive, he needed a bone marrow transplant.

In October 2020, Boston’s mother Simone Jannetta told CTV News Winnipeg that they were having difficulties finding a match because they needed a donor who is half-Filipino and half-Caucasian.

“There’s just such a small representation of ethnically diverse people on the registry and I just feel like everybody deserves a chance,” she said.

Earlier this month, CTV News Winnipeg confirmed Jannetta would be her son’s donor. However, her stem cells are considered a half match, not an exact one.

In a Facebook post from Jan. 18, Jannetta said Boston received heavy doses of strong chemotherapy in the week leading up to his stem cell transplant, which did have some effects on the boy, including a hoarse voice and mucositis.

“Because the chemo empties out his bone marrow, he isn’t making red blood cells or platelets, so he has been bleeding from his nose for the past couple (of) days and is quite pale,” Jannetta’s Facebook post said.

“He is getting blood and platelet transfusions every day to help with his levels.”

It will take a few weeks before doctors can determine if Boston’s transplant was a success.

“We still have a long road ahead, but as of right now, our prayers and the accumulation of prayers from you all have been answered,” the post said.

“He is overall doing excellent for someone in his circumstances and the doctors are very pleased with his progress.”

Jannetta said since she put this update on Facebook, Boston has tried to eat a few times, but it doesn’t stay down. She added the doctors have also slightly decreased his pain medication, as the pain in his mouth is beginning to feel better.