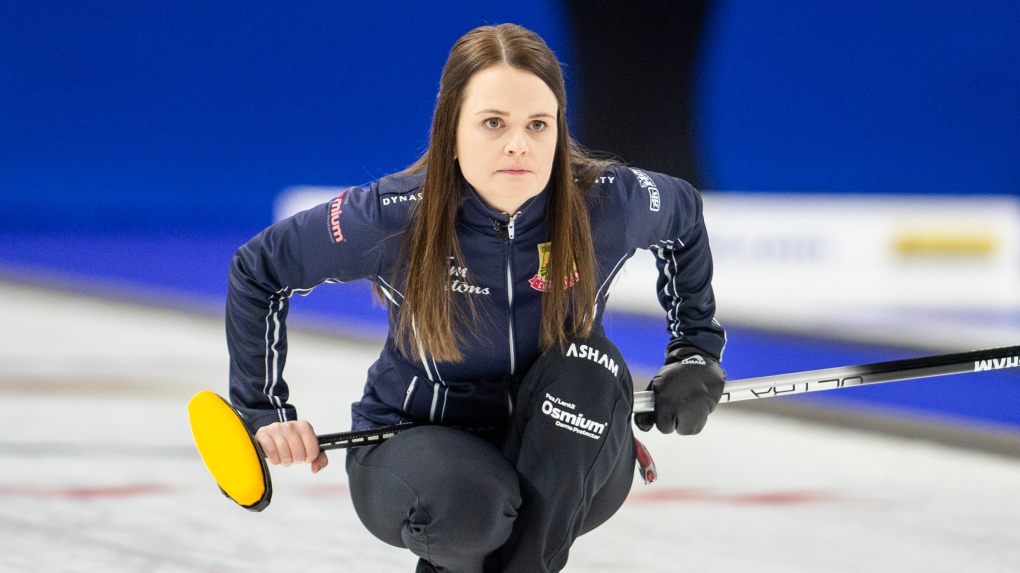 Skip Tracy Fleury will sit out the start of the Canadian women's curling championship in COVID-19 protocol.

The skip of a wild-card team was one of two athletes in the Scotties Tournament of Hearts who tested positive for the virus before departing for Thunder Bay, Ont.

Curling Canada did not name the athletes, but Fleury's team confirmed their skip's situation on social media Friday.

"Unfortunately due to a positive covid test we still be starting the event without Tracy," the post said.

"The good news is she feels well and the positive test was from long enough ago that she could join us as early as this weekend."

They're allowed in after passing protocol, which includes repeated testing and evaluation by medical staff, according to Curling Canada.

Fleury lost in an extra end to Jennifer Jones in the final of November's Olympic trials in Saskatoon.

This report by The Canadian Press was first published Jan. 28, 2022.

Matthew Tkachuk scored a hat trick for the Calgary Flames in Wednesday's 9-6 win over the Edmonton Oilers to open their NHL playoff series.

The second strike in CFL history is over. The CFL confirmed Wednesday night that it and the CFL Players' Association reached a tentative collective bargaining agreement.