'Slurpee Way' to remain in Winnipeg for another two years 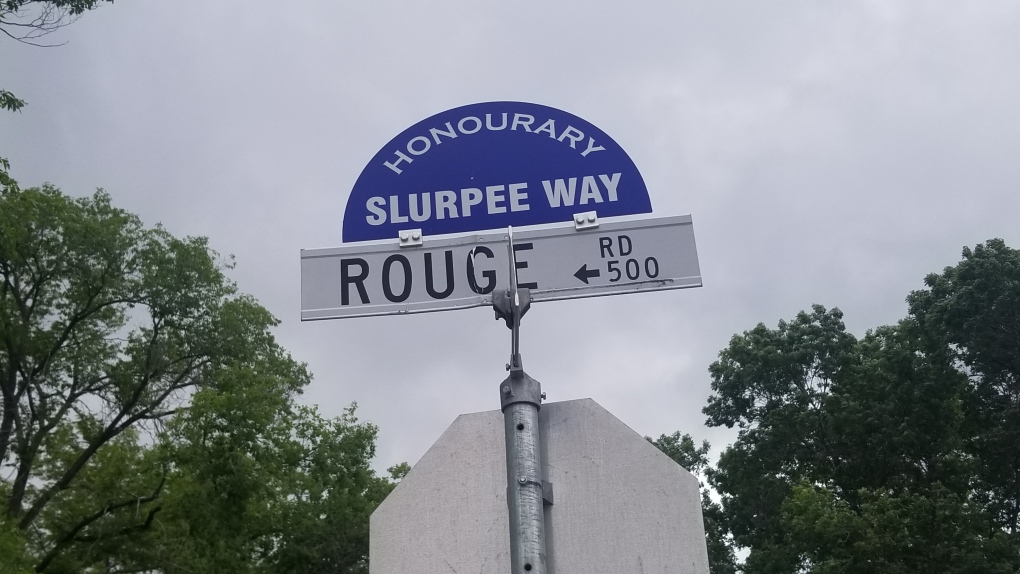 All three councillors on the Assiniboia Community Committee voted in favour of keeping Slurpee Way for another two years. (Source: Daniel Timmerman/CTV News)

WINNIPEG -- The Assiniboia Community Committee voted on Monday to keep ‘Slurpee Way’ as a street name in Winnipeg for another two years.

The city added the honourary street name, on a section of Rouge Road, back in 2018 to celebrate Winnipeg’s title of Slurpee Capital of the World for 19 consecutive years. The name Slurpee Way was initially planned to remain for two years, and would’ve expired in 2020.

In a letter to the City of Winnipeg, Cheryl Magnuson, 7-Eleven’s marketing manager, said the store is honoured to call Winnipeg the Slurpee Capital of the World.

"We mention the City of Winnipeg and its strength and love of Slurpee all across the globe,” the letter said.

“Several cities including Calgary and Detroit have taken a run at the title but no one has surpassed the love of Slurpee that we have in Winnipeg. People marvel at how one of the coldest climates could enjoy this tasty beverage so much."

Since the original naming of Slurpee Way, the city has kept the top spot and stayed Slurpee Capital for over 20 years, meaning Winnipeggers consume more of the 7-Eleven beverage than any other city.

All three councillors on the Assiniboia Community Committee voted in favour of keeping Slurpee Way for another two years.

Slurpee Road is located on Rouge Road between Portage Avenue and Byrd Avenue.

- With files from CTV’s Mason DePatie and Jeff Keele