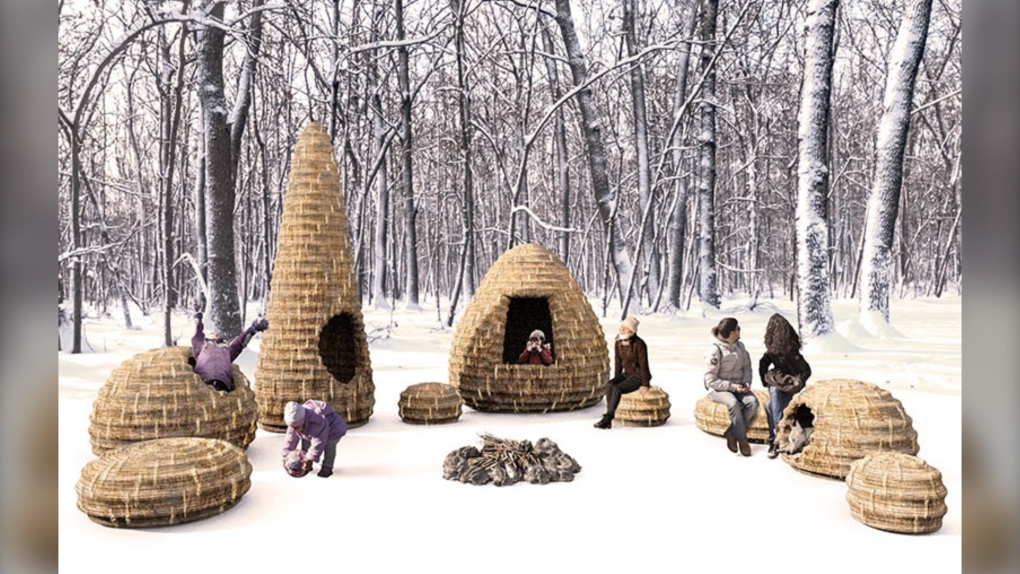 WINNIPEG -- The winners of The Forks’ 10th Annual Warming Hut Competition were announced with feature designs from around the world.

According to the riverside community’s website, it received nearly 200 submissions from 32 different countries.

Here is a look at some of the winners:

The Droombok, a winning submission, was submitted by an architecture firm based in France.

The firm claims the design mimics a mythical creature that lives along the River Trail in Winnipeg. 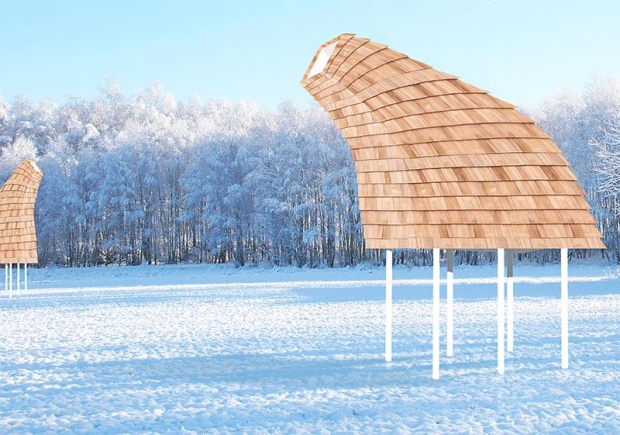 “Thanks to its bestial outline and its scale, the structure’s relation with its context, is in constant change: the sun produces a layer of moving shadows, breezes enter freely and the snow is softly reflecting the environment on its (thatch) fur,” said the design team on The Forks’ website.

Another winning submission, Forest Village, was submitted by an architecture firm from Tokyo, Japan.

The submission is a collection of small straw huts in a circle. 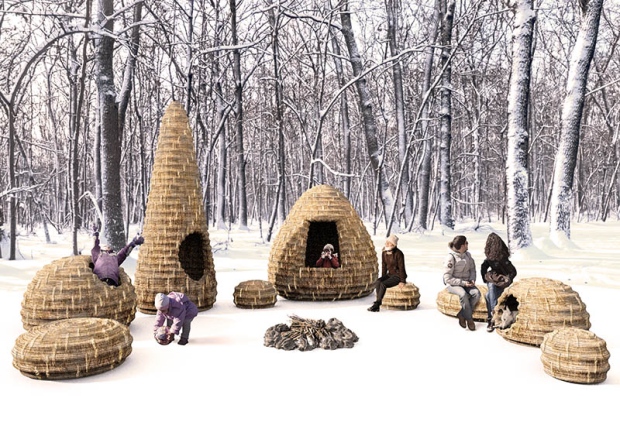 “Enjoying time with other people is something we do less and less, because of the daily hectic. Let’s gather at this natural place, spend time and listen to each other. It is warm and silent inside the huts made out of straw,” said the design team on The Forks website.

Coming from Calgary, AB., S[HOVEL] is a combination of a small shelter and a hovel.

The piece is made out of 194 aluminium shovels arranged in a vortex pattern. 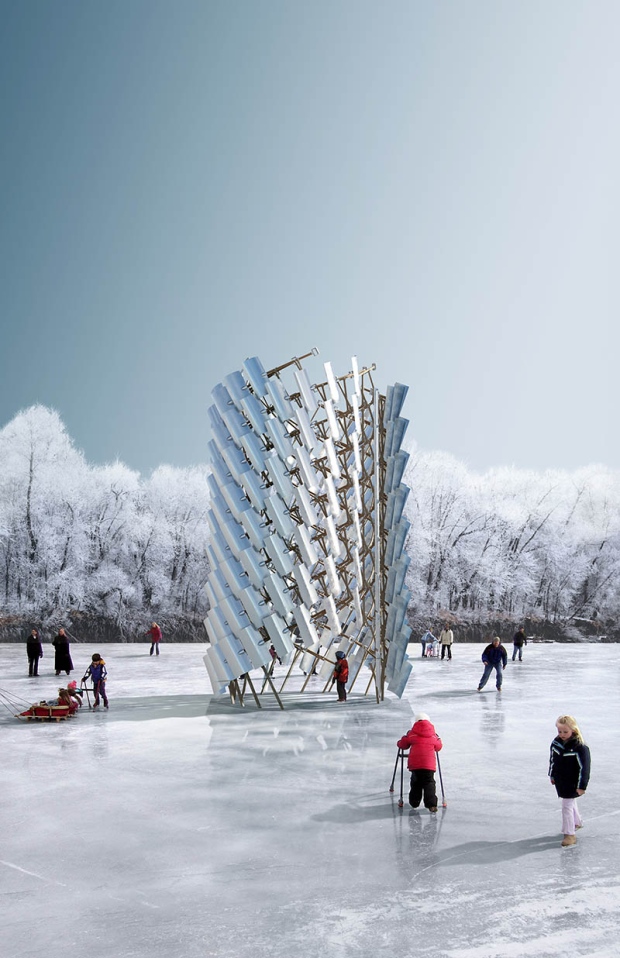 On The Forks’ website, the S[HOVEL] team said, “The 194 shovels would be donated to Take Pride Winnipeg’s Snow Angel Program, a non-profit charity that helps seniors and the infirm with snow removal each year.”

Along with the three competition winners, other huts from Manitoba Building Trades and the University of Manitoba Faculty of Architecture will be featured. 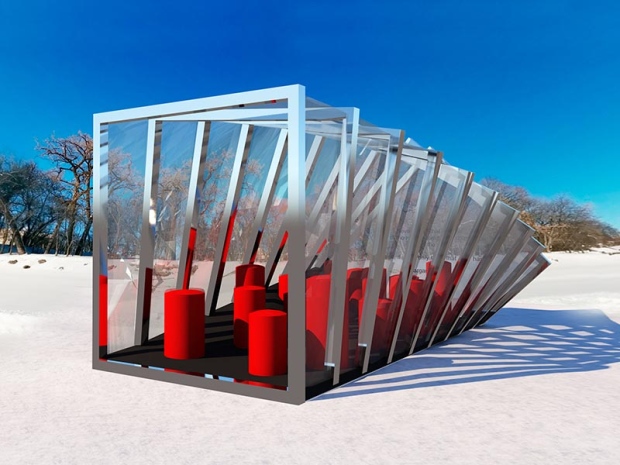 A warming hut being built by Manitoba Building Trades for The Forks (Source: The Forks)

Construction of the new huts is set to begin in early January.

For more information on the huts and this year’s featured artist, visit The Forks’ website.