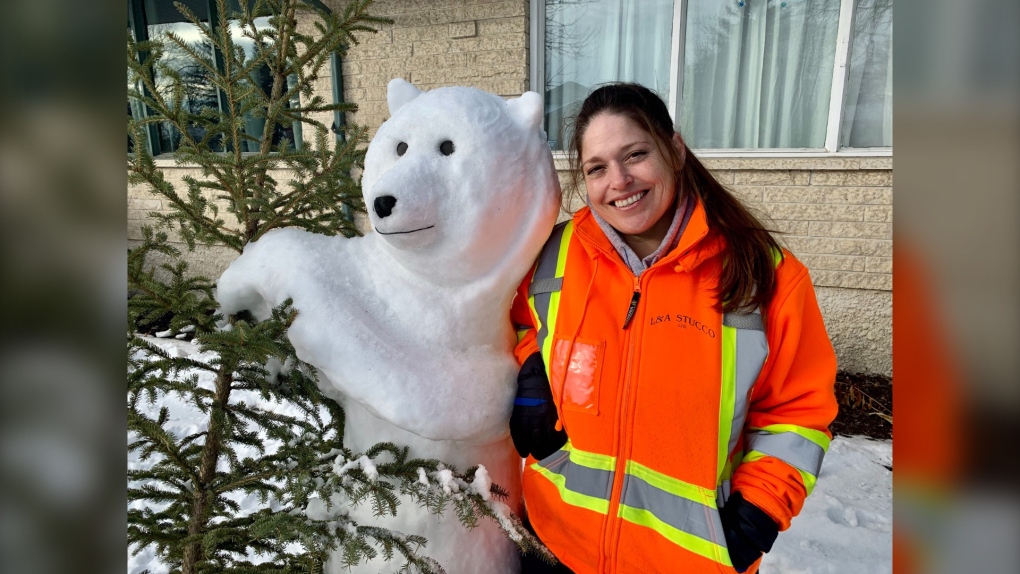 WINNIPEG -- A woman in St. Vital is getting a lot of attention for the big white creatures that have taken up residence in front of her home.

Vinora Bennett's talent for snow sculpture and all the time she has on her hands right now have transformed her yard on Barrington Ave. into something of a mini-Churchill, the community famous for its polar bears.

Her sculpted polar bears are frozen in a variety of poses, including some catching fish, some climbing trees, and some just hanging out. 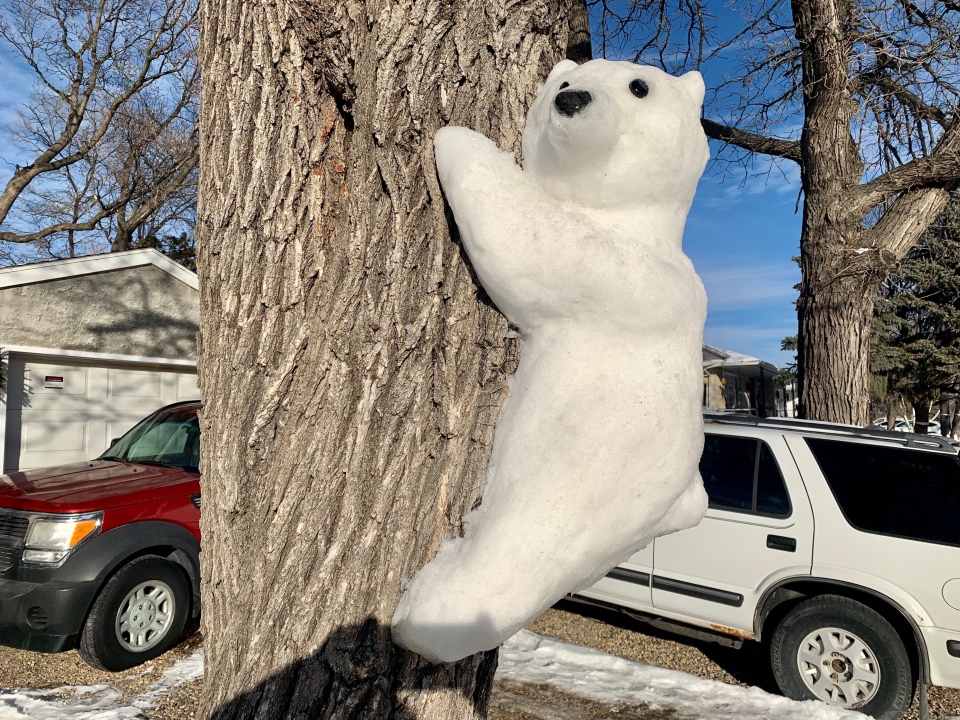 Bennett says her winter menagerie began simply as a way to kill time, but now it's snowballed into something much bigger. The positive reaction from her neighbours encouraged her to keep building.

"As I’m working, people are driving by, honking, waving, loving it. And so the more I build, the more traffic, the more people came by...and it just encouraged me to keep going."

She said to beat boredom, she began building the first two bears after she'd already built a snowman in her back yard.

So far, Bennett has sculpted 13 bears, but she says she's far from done. 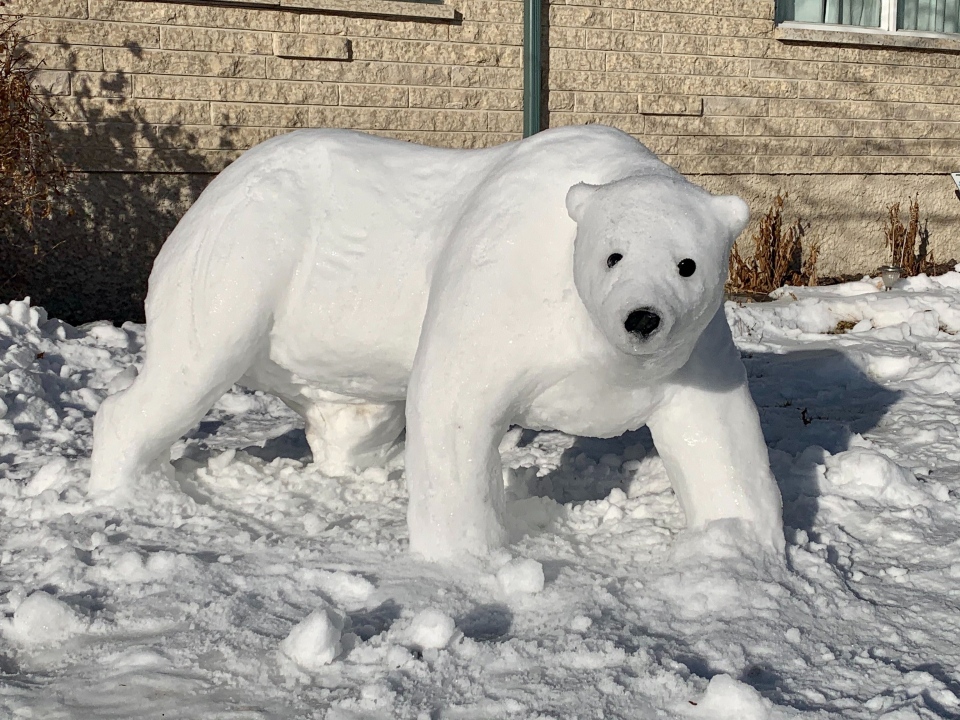 "I just take a look at a picture that I like and I mould the snow to the shape and just start carving away," said Bennett.

She says her favourite bear is simply posed standing on its hind legs and leaning against a small evergreen tree. It's also popular among people passing by.

"It keeps me busy with everything going lately, with nothing to do, you’ve got to get creative and keep your mind off of all the negativity and do something to make somebody else smile." 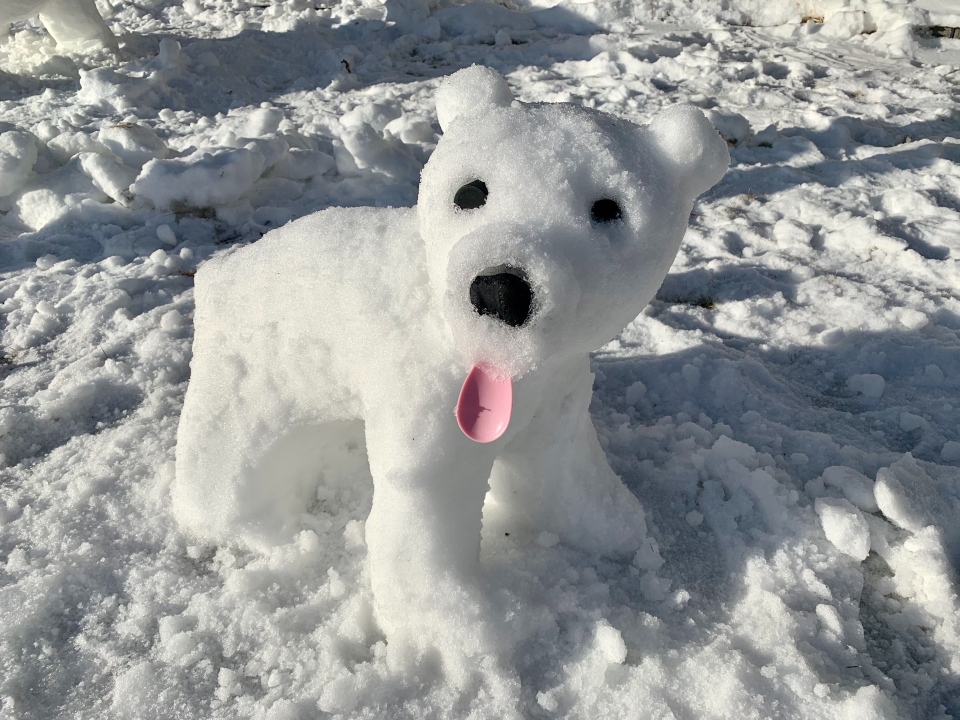 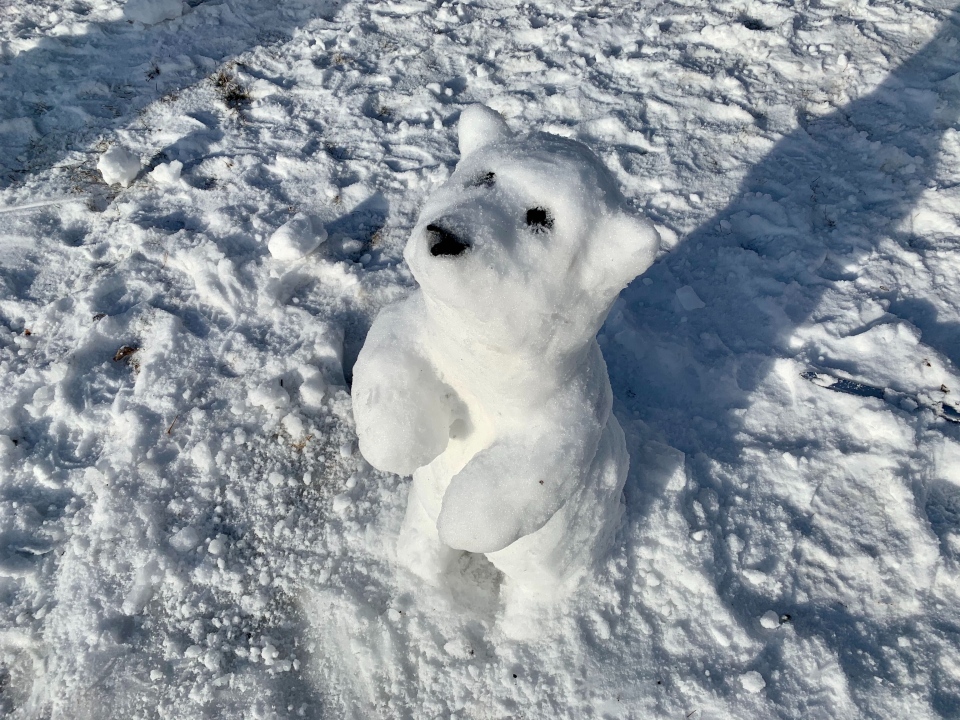 Bennett said her daughter helped her with one of the sculptures but she created the rest solo. She says she has more ideas, but she's running out of snow.

"The neighbours offered me their snow, so we'll see,” she said. Who doesn't love polar bears? They're easy to make. It's fun." 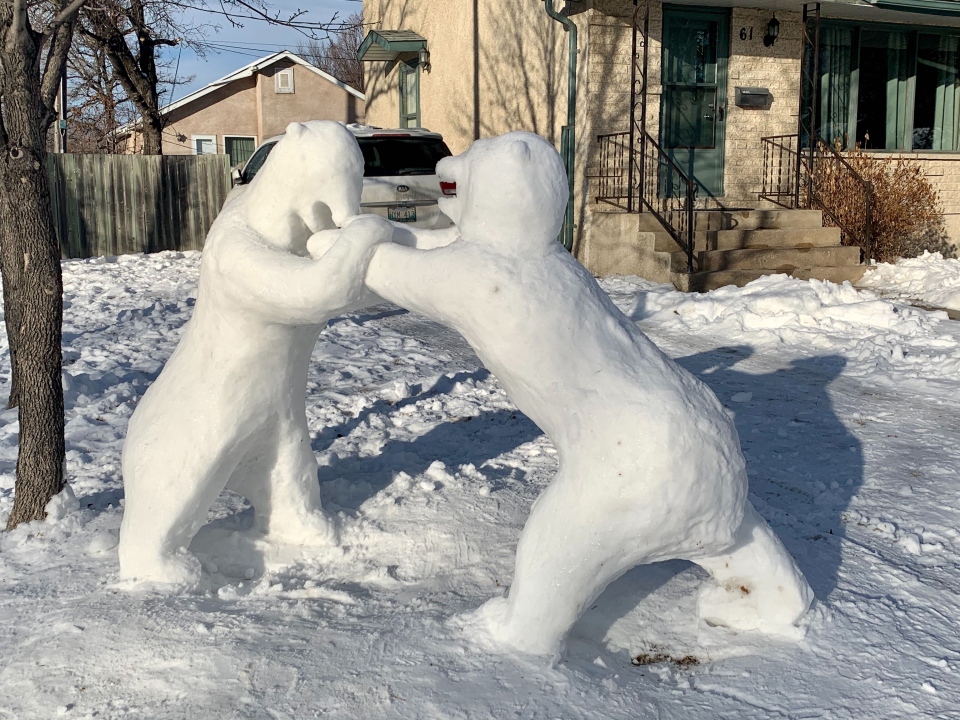