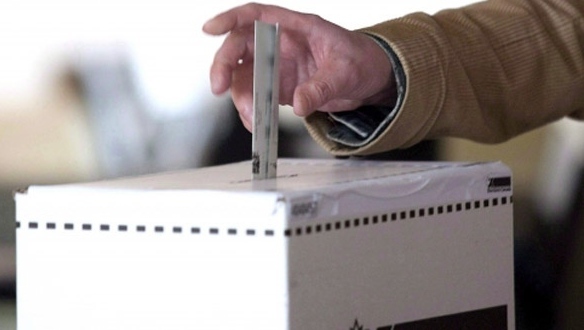 Elections Canada typically receives around half a million mail-in ballots for federal elections. This election, the agency is preparing to receive several million votes by mail. (File Image)
Winnipeg -

Elections Canada is preparing for an influx of mail-in ballots for the upcoming federal election due to the COVID-19 pandemic, according to a spokesperson for the agency.

“It is what we’ve been targeting but we expect it’ll be less than that,” Kenny said.

She said you need to apply online before 6 p.m. Eastern time on Sept. 14 or before 6 p.m. local time at an Elections Canada office to receive a mail-in ballot kit.

Elections Canada must receive your ballot by 6 p.m. on election day (Sept. 20) or it won’t be counted. You can mail it back or drop it off in person at your assigned polling station on election day.

You will also be able to vote at advance polling stations by special ballot at any Elections Canada office or on election day at your assigned polling station.

Kenny said if you’re voting in person, there will be precautions in place.

“We’re working with local and provincial authorities to make sure that we do the minimum they require, and we go beyond quite often,” Kenny said. “Even though you might not be required to wear a mask in Winnipeg, we will be wearing masks at polling stations.”

However, workers at polling stations will not be required to be fully vaccinated, Kenny said.

“We encourage people to get fully vaccinated and have their two doses. It’s not a prerequisite because we expect most of the people who do work during the elections are retirees, are in the demographics that are already doubly vaccinated,” she said. “So, we expect people to take precautionary measures.”

Ottawa announced last week it will be mandatory for all federal government employees to be vaccinated against COVID-19 but Kenny said that rule doesn’t apply to elections workers.

“Those are not full-time employees or government employees and they’re just really casual employees,” she said.

Kenny said Elections Canada needs to hire 250,000 people in a short timeframe to conduct the election. She added confirming someone’s immunization status in every province would be difficult because some jurisdictions don’t yet have proof of vaccination certificates.

“We are asking and we are encouraging people to get their two shots,” Kenny said. “It won’t be a requirement for this election.”

“There’ll be guidance from public health and there’ll be measures put in place to ensure that those attending to vote will be safe as well,” Atwal said. “I think there’ll be other ways to vote as well.”

Félix Mathieu, an assistant professor of political science at the University of Winnipeg, thinks a lot of Canadians will choose to vote by mail or at advance polls due to concerns over COVID-19. He said that has the potential to delay results on election day and will impact the campaign.

“Some events that normally have a lot of impact on how Canadians are voting, say the leaders debate, will have not as much of an impact because people will already have voted in a good proportion,” Mathieu said. “So this really changes the game. People will be looking forward to what political parties are suggesting to them in the next few days or the next few weeks.”

“The very beginning of the election campaign will be really decisive while usually it’s more the end of if that is decisive.”

Asteroid coming exceedingly close to Earth, but will miss

An asteroid the size of a delivery truck will whip past Earth on Thursday night, one of the closest such encounters ever recorded.

Amsterdam has shared a time-lapse video of the construction of its brand-new underwater bike-parking facility.