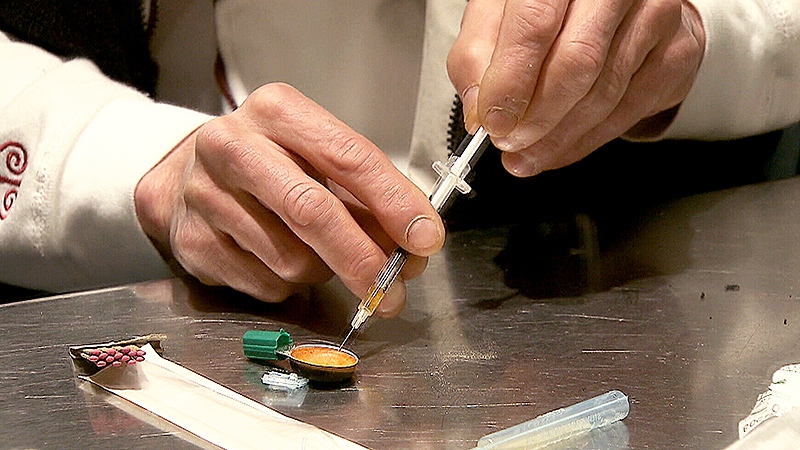 The Manitoba Health Coalition is calling on the Stefanson government to establish, fund and staff a safe consumption site in the province. (File Image)

A Manitoba coalition is warning the provincial government that the alarming number of drug overdoses will continue to climb without urgent action.

According to the Manitoba Health Coalition, more than 400 Manitobans died in 2021 from drug overdoses.

It warns that the number will only climb higher this year unless the province changes course on its approach to the overdose crisis.

The group is calling on the Stefanson government to establish, fund and staff a safe consumption site, noting Manitoba is the only province west of Atlantic Canada without one.

“The overdose crisis is spiralling out of control while our city and our province pursue a failed law enforcement approach to a public health emergency,” Thomas Linner, the coalition’s director said.

“When Justice Minister Kelvin Goertzen rejects harm reduction in favour of increased law enforcement, that sends the wrong message and hurts people on the streets who need help now.”

Linner called on Premier Heather Stefanson to declare the overdose crisis a public health emergency under the Public Health Act.

The coalition also wants to see improved reporting on drug overdose deaths, as well as the creation of a taskforce whose response aligns with harm reduction approaches to drug use.

It also wants the province to assign the drug crisis response to mental health and wellness minister Sara Guillemard instead of Goertzen.

When asked about the possibility of declaring a public health emergency regarding drug overdoses, Stefanson acknowledged mental health and addiction problems have been exacerbated by the pandemic.

“We’re continuing to put more supports into things like RAAM (Rapid Access to Addictions Medicine) clinics to ensure that we get those individuals off of the addictions and can heal in the community,” she said. “Those are the types of supports that we’re investing in. They have proven track records, very good ones, and we’ll continue to make those investments.”

- With files from CTV's Daniel Halmarson