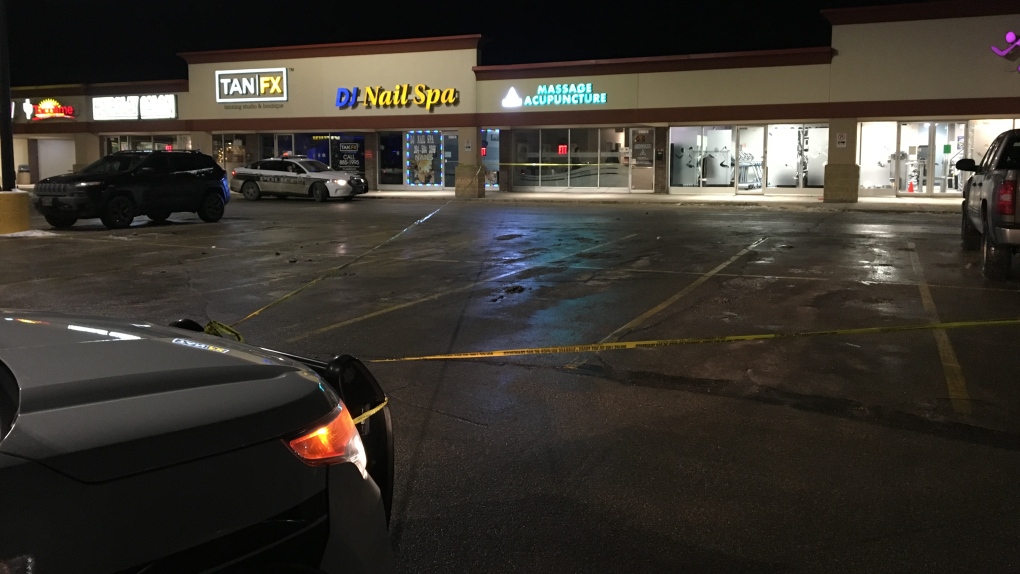 WINNIPEG – A man in his 30’s is in hospital after being stabbed multiple times in the parking lot of a St. James strip mall, Winnipeg police say.

Police told CTV News they were called to a strip mall on Ness Avenue and Moray Street on Friday night around 8:15 p.m.

Police said a dispute between two men escalated to the point where one man stabbed the other multiple times. Police said the victim and the suspect were unknown to each other.

A man in his 30’s was found and taken to hospital in critical condition, but has since been upgraded to stable.

A number of Winnipeg police officers were on the scene Friday night. Witnesses told CTV News they saw a large number of K-9 units in the area.

Police arrested Gregg Stanley Dodge, 39 and have charged him with aggravated assault and two counts of failure to comply with recognizance.

-with files from Renee Rodgers