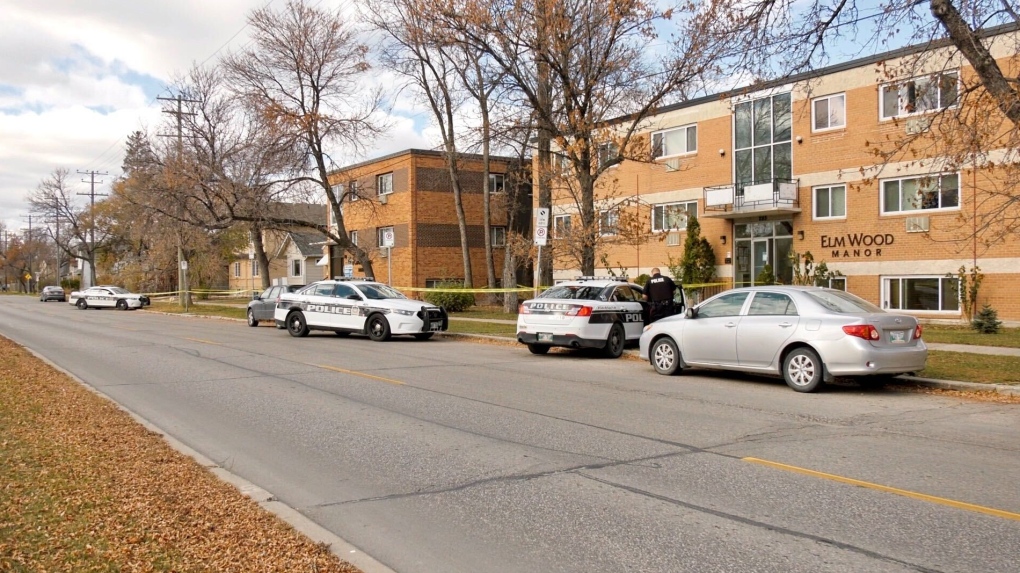 Winnipeg Police can be seen outside of a residence on Midwinter Avenue during an investigation on October 19, 2020. Police are investigating a serious incident from earlier in the morning. (CTV News Photo Scott Andersson)

WINNIPEG -- A 38-year-old man is in custody after a man was stabbed Monday morning, according to the Winnipeg Police Service.

Police said around 7:30 a.m. they were notified that a man had been stabbed and taken to a local hospital. The victim was in critical condition when they arrived, but was later upgraded to stable condition.

Officers were later seen Monday afternoon outside of an apartment building on Midwinter Avenue in connection with the investigation.

Police said Tuesday a 38-year-old is facing a charge of aggravated assault in connection with the incident. The charge has not been tested in court.