The province has declared a state of local emergency within the Whiteshell Provincial Park, and says residents in the Betula Lake area should be prepared to evacuate.

On Friday evening, the province declared the local state of emergency within the park, saying rapidly rising water levels have created dangerous conditions and pose a significant risk to the public's safety.

"Manitobans should not travel into the Whiteshell Provincial Park area. Many highways are flooded, making travel conditions treacherous," the province said.

It has ordered the evacuation of Whiteshell Provincial Park’s Betula Lake area, including all cottage subdivisions, commercial area, group use, day use, recreational and picnic areas, playgrounds, trails and beaches.

The province warned residents in areas near Betula Lake should be prepared to evacuate due to rapidly rising water levels. 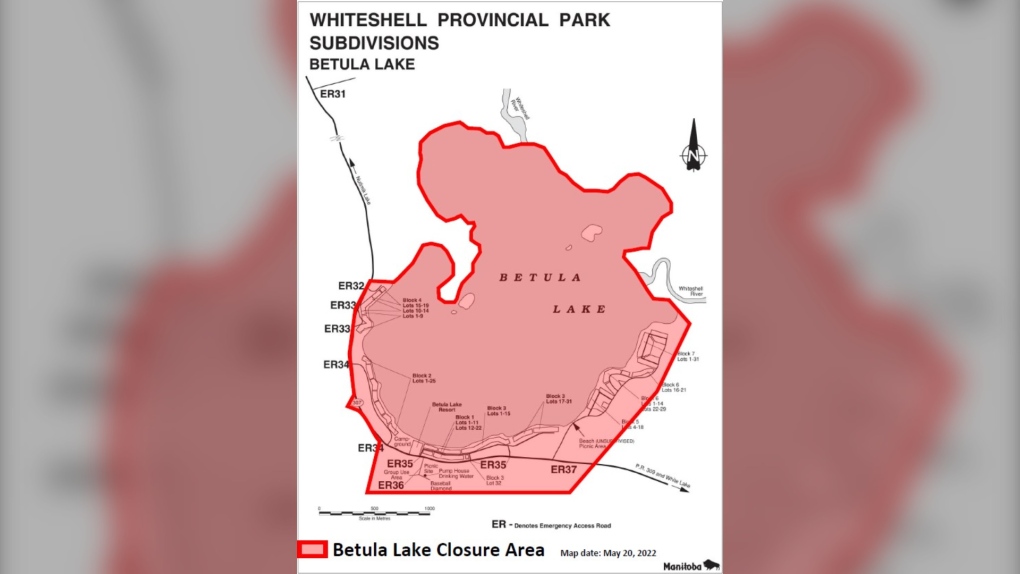 On May 20, 2022, Manitoba Parks ordered the evacuation of Whiteshell Provincial Park’s Betula Lake area due to flooding in the area. (Image Source: Province of Manitoba)

"This is something like we have almost never seen before," Ian Baragar, president of the Whiteshell Cottagers’ Association, told CTV News Friday night. "We do have an emergency that is happening, the waters are continuing to rise."

While Baragar didn't have a total number of cottages in the Betula Lake area, he said there are roughly 4,000 cottages throughout the Whiteshell area. He said it is not just rainwater that is putting them at risk – water from the whole Lake of the Woods in Northwestern Ontario is flowing into the province and narrows in the Whiteshell area.

"There is not a lot we can do, a lot of that's rainwater. The dams have limited amount of control, they've done all they can, and that water is going to rise," he said.

In a post on Facebook, the Whiteshell Cottagers’ Association said the situation is getting desperate in Barrier Bay where many structures are compromised, or close to it. 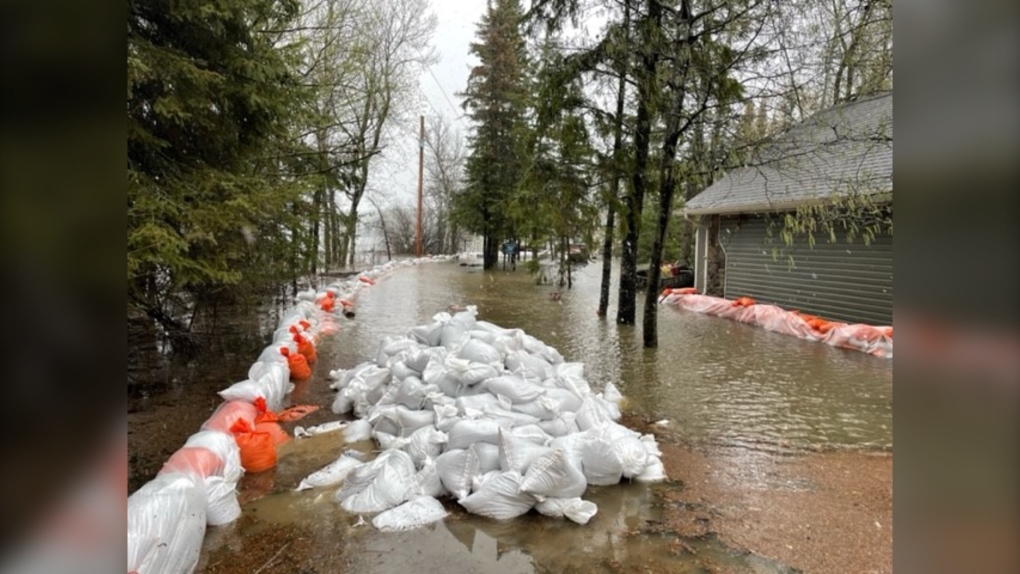 The Whiteshell Cottagers’ Association said the situation is getting desperate in Barrier Bay where many structures are compromised, or close to it. (Source: Whitshell Cottagers Association/Facebook)

Baragar said with the rising water, people in Nutimik Lake that are at risk of being cut off due to road closures.

"That's a dangerous situation to be in," he said, saying the Lake is 10 feet higher than it was last year.

The province said anyone looking to visit the park should check with Manitoba 511 for road closures before heading into the park.

Norway shaken by attack that kills 2 during Pride festival