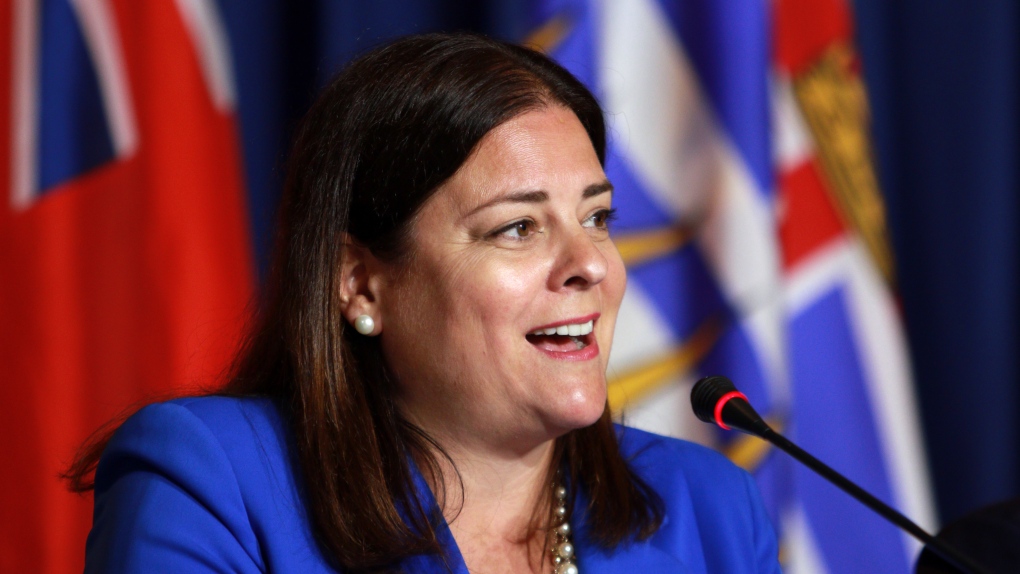 Manitoba Premier Heather Stefanson responds to a question from the media at the summer meeting of Canada's Premiers at the Fairmont Empress in Victoria, B.C., on Tuesday, July 12, 2022. THE CANADIAN PRESS/Chad Hipolito

Manitoba Premier Heather Stefanson is ending the year with the lowest approval rating among the country’s premiers, according to a new poll from the Angus Reid Institute.

The numbers show that Stefanson has a 26 per cent approval rating – the lowest in Canada followed by New Brunswick’s Blaine Higgs with 28 per cent and Ontario’s Doug Ford with 34 per cent.

Angus Reid reports that Stefanson also began 2022 at the bottom of the premier approval ratings.

As for the premiers with the highest approval ratings, the poll put Quebec’s Francois Legault at the top with 57 per cent, followed by Saskatchewan’s Scott Moe with 56 per cent.

Manitoba’s poll results have a margin of error of plus or minus four per cent. Angus Reid’s online survey was conducted from Nov. 28 to Dec. 3.

Canada has sent one of its military planes to Haiti to help the country cope with escalating violence.

Pop superstars Bryan Adams, Michael Buble and Drake could emerge Grammy Awards winners today, but it's the Canadian hitmakers behind the scenes who are chasing some of the top prizes.