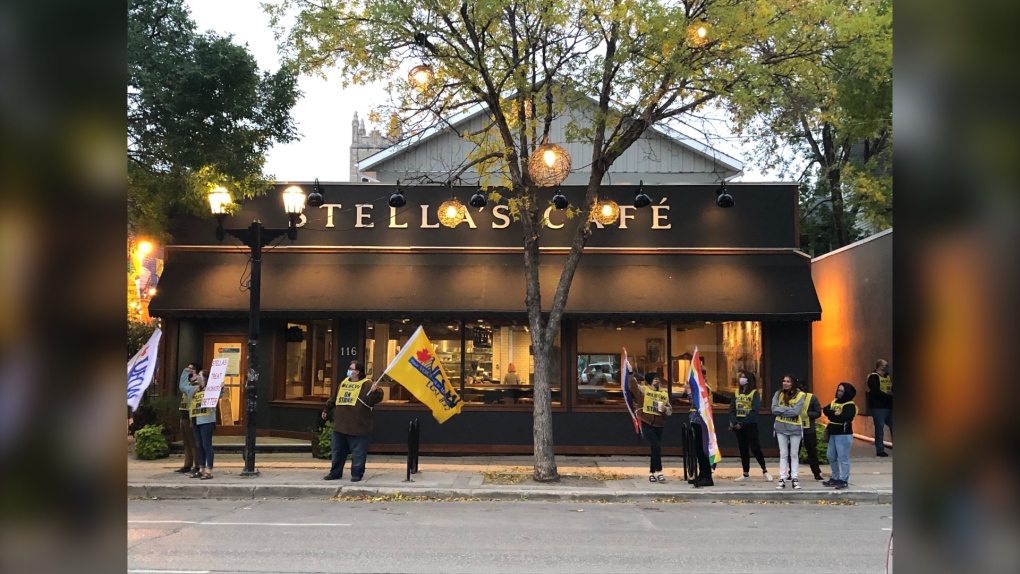 WINNIPEG -- Dining room service at Stella’s on Sherbrook has been suspended indefinitely amid a labour dispute.

According to a statement from Stella’s, talks with UFCW Local 832, the union representing the workers, ended on Sept. 28 after a meeting with a provincially-appointed conciliator.

The restaurant said it will still offer delivery through Door Dash, as well as customer pickup.

“The restaurant group reiterates that the union’s demands are impossible to implement and operate under,” it said in a statement.

CTV News Winnipeg previously reported that employees at Stella’s on Sherbrook voted to go on strike.

UFCW Local 832 said the strike isn’t over wages, but rather due to a “complete lack of respect” from the employer.

The union’s bargaining committee has been trying to work out a deal for the employees since June.

CTV News Winnipeg has reached out to UFCW Local 832 for comment.