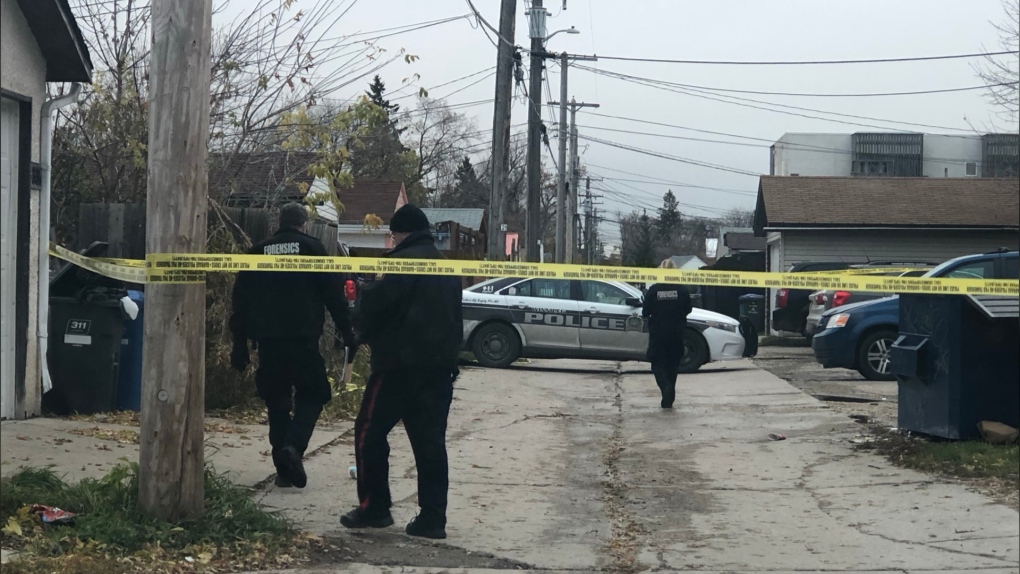 Investigators at a taped-off apartment building in Elmwood. (All photos: Alex Brown/CTV News)

WINNIPEG -- A man, who is in custody at Stony Mountain Institution for a separate matter, has been charged with second-degree murder following a homicide in Elmwood, according to Winnipeg police.

In the early morning hours of Oct.23, officers went to the 300 block of Talbot Avenue after a man was stabbed. Darcy Lesley Rose, 37, was taken to hospital in critical condition where he died.

Following an investigation, a man was arrested on Dec. 10 at Stony Mountain. Michael Joseph Thomas Fox, 30, has been charged with second-degree murder. He’s in custody.

Police say they believe the victim and suspect knew each other.