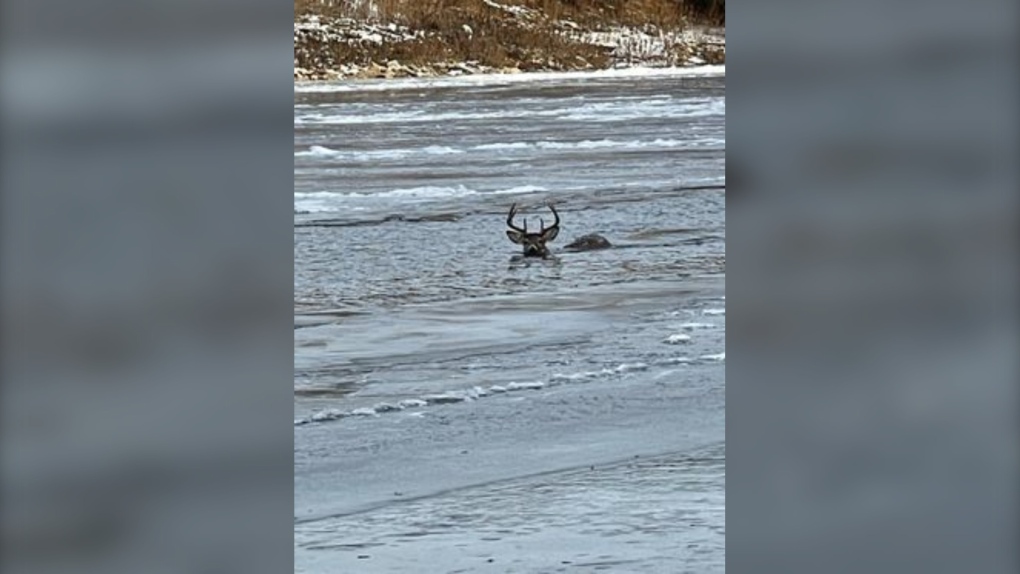 A team of four men from a small Manitoba town came together to save a deer that had fallen through the ice.

Dennis Baudry runs a construction company in Ste. Agathe, Man. with his brothers Alain and Gilbert.

On Friday, an employee came back to the office after noticing a deer in the Red River while driving to a job.

"He came in the office and said, 'Dennis, there's a deer out on the south side of the bridge at Ste. Agathe in the water,'" said Dennis Baudry.

"So I quickly took that info and drove down to the river, and, of course, this deer was bobbing back and forth."

Estimating the deer had been in the river at least an hour, Baudry knew it was in trouble.

"It was sort of caught in this current in maybe four or five feet of water," he said.

Baudry assembled his brothers and the employee to create a plan to rescue the deer.

"We got a couple of chainsaws, some rope, an ice pick and we went down there and made a path."

The team sprung to action cutting into the thin ice to make a spot for the animal to surface. 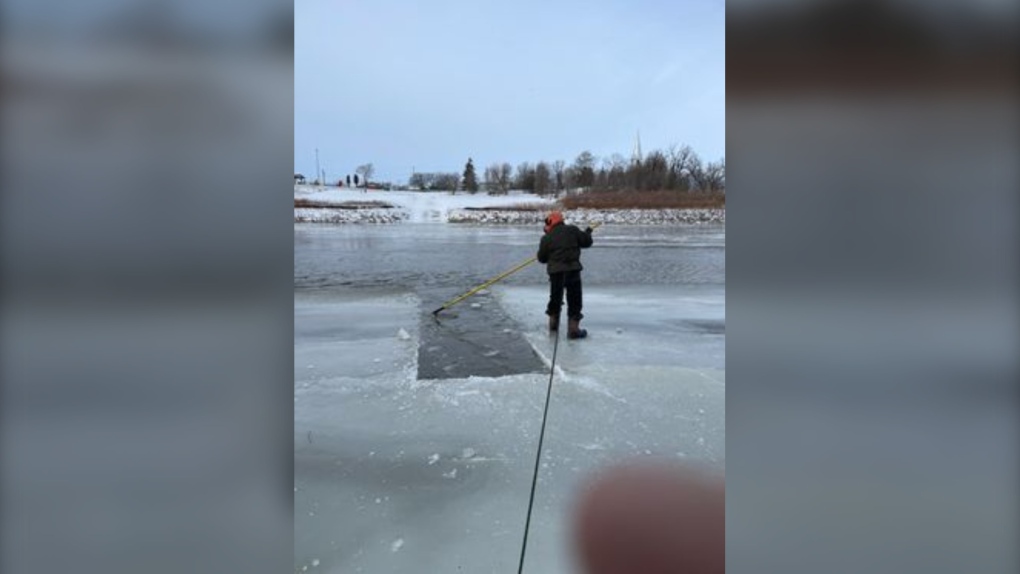 "It was bobbing. It was just a matter of time. It was very weak. It was on its last legs," said Baudry.

After 15 minutes of work, one of the brothers managed to lasso the deer's antlers.

"On the second try, he was able to get it on his horns," Baudry said. "It took a good tug, but once we got it on the ice, we dragged it and we could tell it was very weak."

After untying the rope, Baudry and the other men anxiously watched to see if the deer would get up.

"It took about two to three hours of recovery and it took off," he said.

Despite being avid hunters, Baudry and his brothers were glad to see the deer flee.

"It was very satisfying. All of us put all our hunter things aside and were very happy to see this beautiful buck prance away." 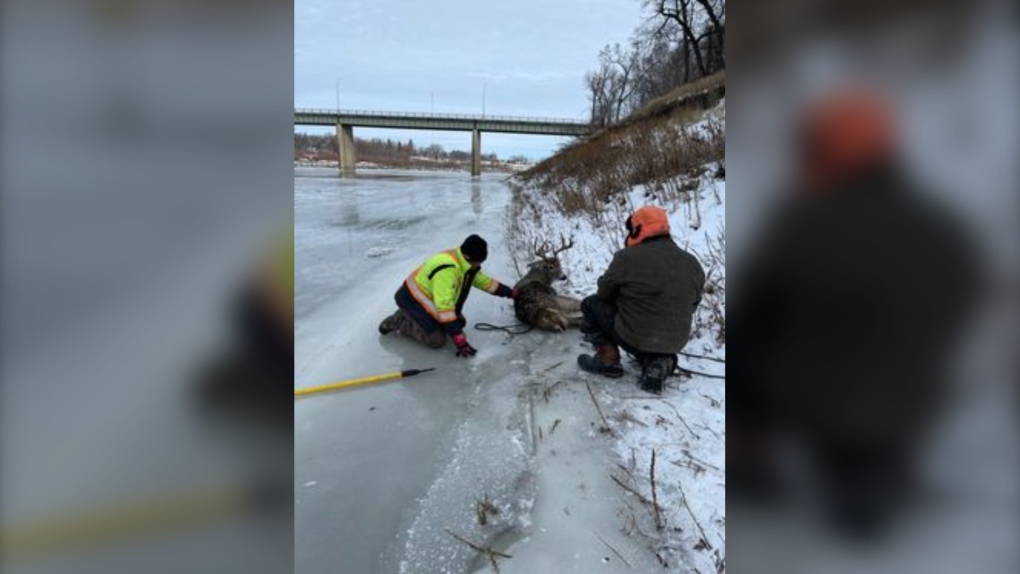 According to Baudry, it's not uncommon for animals to have issues with the ice.

"There's a lot of deer that happen to fall at this time of year. Fortunately, this animal, we were able to see it and retrieve it and let it go."

While happy to help, Baudry assures that everyone was safe during the rescue.

"Being from the area, we sort of know the dangers of working on the ice. We were very careful."