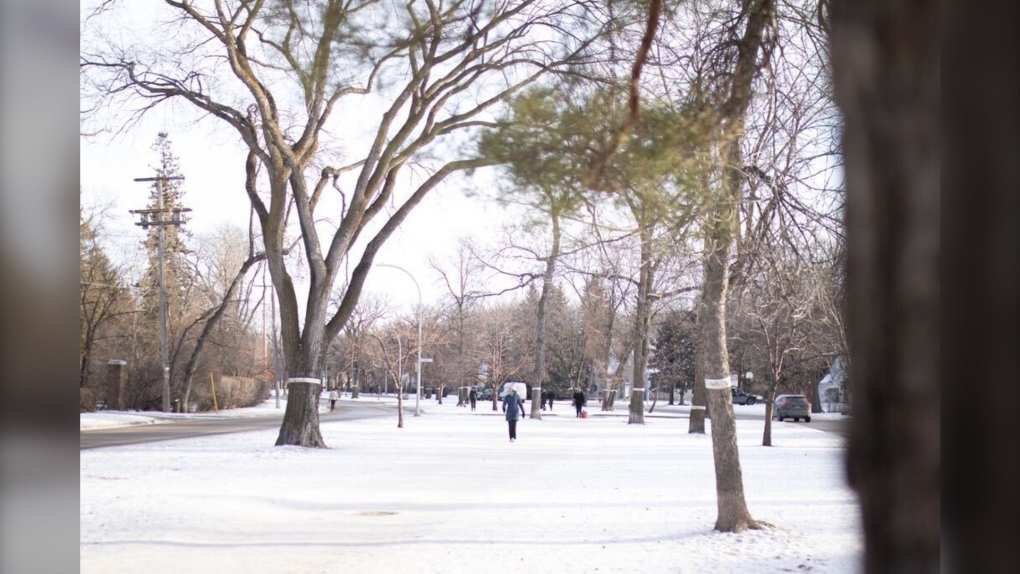 WINNIPEG -- Manitoba has been growing less cold and snowy over the past 100 years, according to a new report from a group of North American researchers.

"We are going to start seeing more winter that looks like this, where we have mild temperatures and less snow," said Dr. Nora Casson, a researcher with the University of Winnipeg who helped put the report together.

Winnipegger Wayne Charski said this isn’t the type of winter weather he grew up with.

"In my time, it was freezing, but things have gotten a little warmer," he said. "But it’s still at this time of year, you would be in snow (and) 20 below, so this is awesome."

While the warm temperatures may be welcome to some people, Casson said the conditions are leading to an early spring and early winter runoff, which can increase nitrates in stream water. This can cause potential acid pulses and even impact municipal water supplies.

The report showed everything is connected. Less snow leads to frozen soil, which is meaningless protection for tree roots. This leads to root damage, decreased growth, and less ability to retain nutrients.

This also impacts wildlife and their winter habitats, which could reduce the population of small mammals and change predator-prey relationships.

"Those really cold days are also important for keeping things like forest pest infestations at bay because forest pests, like the southern pine beetle, can’t survive when the temperatures are that low," Casson said. "So, the less cold days we have, the more they are able to extend their range northwards."

Natalie Hasell from Environment Canada said in Manitoba, we have seen a huge change with the weather this year.

"(At the) end of June, early July (there were) horrendous amounts of precipitation falling in the Brandon area and nearby, but it’s December now and we’ve had very dry conditions since August," said Hasell.

Still, Casson said it is not too late for us to restore our climate to the way it used to be.

"The winters that our children and grandchildren experience will be the result of the choices we make today," said Casson.