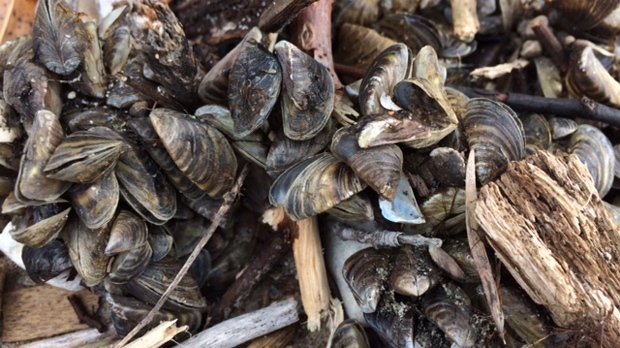 WINNIPEG -- The Minnesota Department of Natural Resources confirmed Friday that a “substantial” amount of zebra mussel larvae has been discovered in water samples taken from Lake of the Woods.

The water sample came from the Minnesota portion of the lake, and between four and 186 zebra mussel larvae were found.

According to the department, this area of the lake will be added to the infested waters list.

"It is possible that calcium levels or other factors might prevent propagation.”

The department and other agencies are going to monitor the lake, partly to determine how its chemistry will impact zebra mussels. It notes invasive species can get into a lake, not only through human transport, but from connected water and tributaries.

Zebra mussels pose a risk because they compete with native species for food and habitat, cut the feet of swimmers, hurt the performance of boat motors and damage water intake pipes.

Information on precautions for property owners on Lake of the Woods can be found online.