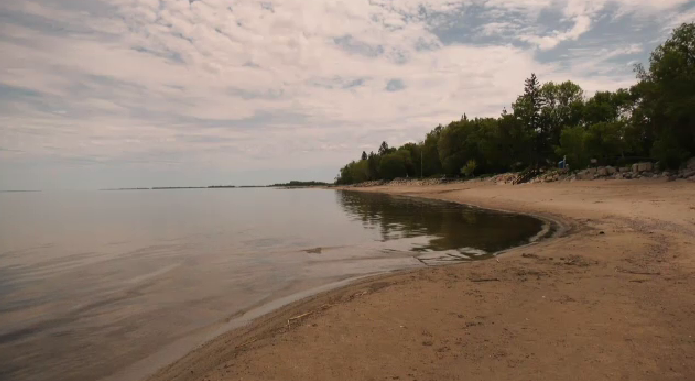 Many Manitobans plan on taking their holidays within provincial borders

WINNIPEG -- City pools may be closed but Winnipeggers wanting to dive in are not out of options.

With provincial health orders still in effect, Lois Brothers is looking to give people stuck at home an alternativeto public pools and joined a website that allows people to rent out their pool for a portion of the day.

"I had this idea three years ago myself. I just thought, you know, I should do something with my pool. My kids are older and they don’t use it as much a they used to," said Brothers

She says, so far, she's had a few households come and enjoy her pool.

"I’m requesting people to bring their own pool toys and stuff like that. Just trying to make it as safe as possible while still letting people enjoy it," said Brothers.

Manitobans who spoke to CTV News say getting outside this summer is top priority.

"Just try to get in more nature and to try and get outside more," said Ross Turbovsky.

"For summer, I think six days around work and weekends around parks. There's some beautiful areas around Winnipeg," said Parwinder Brar.

"With everything Manitobans have been through, the benefit has been that they really have discovered what's in their backyard," said Linda Whitfield, vice president of communications with Travel Manitoba.

According to a survey done by the corporation last year, 40 per cent of Manitobans took a vacation inside the province in 2020, with 43 per cent intending to do the same this year.

Benefiting from those vacationers is Aaron's on The Lake Bed and Breakfast in Matlock. The bed and breakfast said it is seeing a record year, with weekends booked solid until October.

"We are getting people from areas of the province like Brandon that have never seen Lake Winnipeg and they're amazed it's so big," said Eleanore McMahon, owner Aaron’s on the Lake.

Travel Manitoba says spending time in your own backyard is the best way to support a struggling tourism industry.