Terminally ill Winnipegger checks off final item on her bucket list: 'save' her neighbourhood

WINNIPEG -- A terminally ill woman fulfilled one of her final wishes by delivering holiday hampers to families in need.

Jaime Webster, a 41-year-old mother of two from Winnipeg, has cancer that has spread to her brain. Five months ago, she stopped treatment.

“I had spent enough time in the hospital. I wanted to do things, not stare at things,” Webster told CTV News.

Webster said she wanted to spend her final months with family and friends, rather than alone in the hospital unable to have visitors because of COVID-19 restrictions.

The Fort Richmond resident decided to write a bucket list, which includes travelling through Manitoba, building a personal library, and "saving" a neighbourhood.

Webster launched 'South Winnipeg Assists Santa' a Facebook group dedicated to helping eleven families during the holidays who are struggling in the pandemic.

“I get to be Mrs. Claus and bring these hampers to families. Save a neighbourhood - check.”

She put out a call for donations and people from across Manitoba and Canada, even as far as Australia answered.

Webster received thousands of dollars worth of food, toys and personal hygiene products. 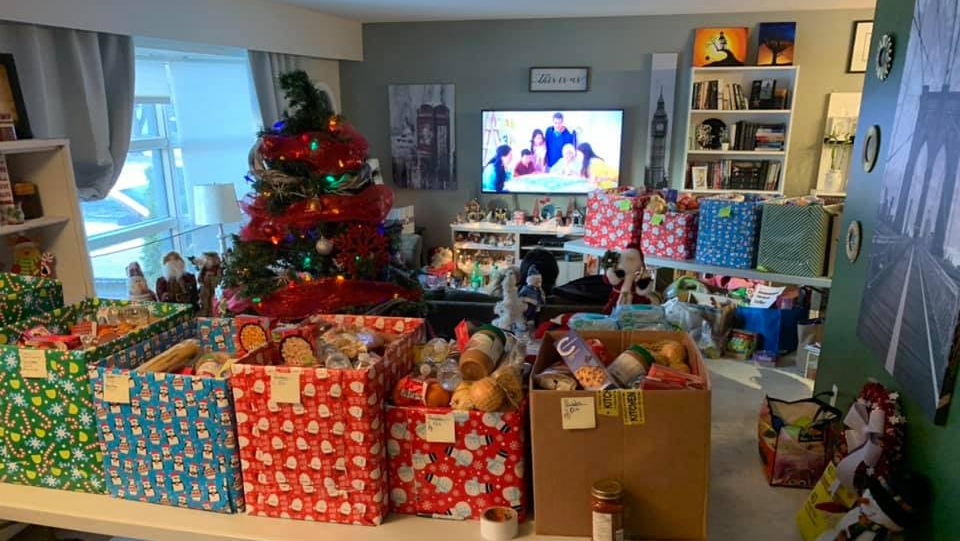 On Tuesday, she and a small army of volunteers travelled in a Christmas convoy and made house calls to families across south Winnipeg.

Webster is also setting an example for her two teenage boys

“Knowing she’s not going to be here, I’ve got to be,” said her son Jay. “Because me and my dad are all my brother has.”