The areas in Winnipeg with the highest number of stolen vehicles 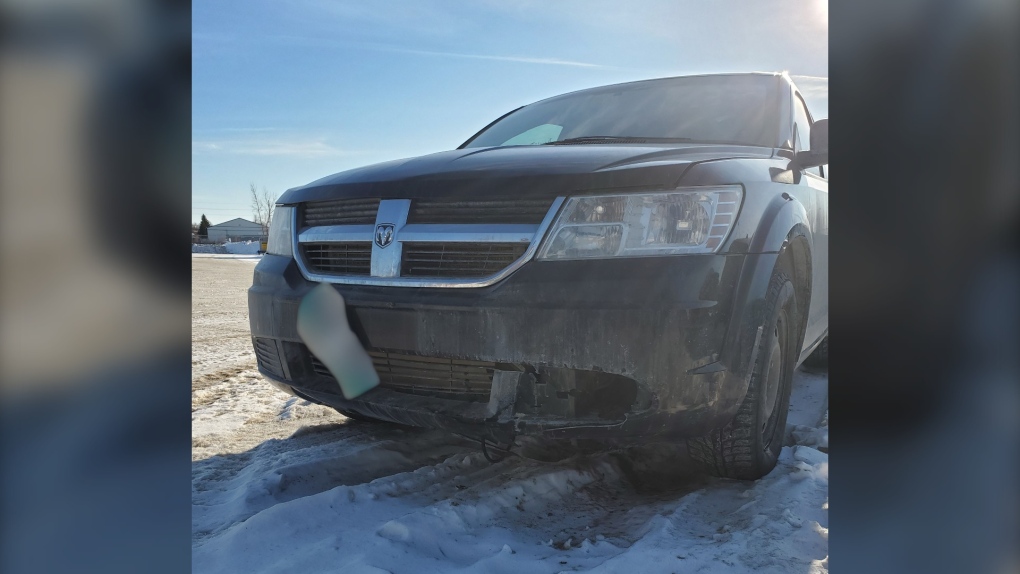 Larissa Brightnose’s 2009 Dodge Journey was stolen, recovered a day later and is now being written off by MPI.

WINNIPEG -- There's been a slight increase in auto theft in the city and nearly half of total thefts over a recent 12-month period occurred in three neighbourhoods, according to the latest numbers from Winnipeg police.

The numbers, which are available on the WPS CrimeMaps website, show a recent year-over-year increase of 19 per cent but the number of stolen vehicles is still well below what it is used to be in the early to mid-2000s when Winnipeg held the dubious title of car theft capital of Canada.

"It was probably a decade and a half ago when Winnipeg was deemed the auto theft capital of Canada,” said Manitoba Public Insurance spokesperson Brian Smiley. “Fortunately, that doesn't exist today but we still are experiencing auto theft which is, in our opinion, preventable."

“We’ve seen a rise in property crime across the board and crime overall so part of that is vehicle theft,” said WPS Const. Jay Murray. “It’s quite often, nowadays, a crime of opportunity.”

From Dec. 2018 to Nov. 2019, downtown had the highest number of thefts with 678, followed by 411 in the North End/Point Douglas and 360 in St. James-Assiniboia. The thefts in those neighbourhoods accounted for 45 per cent of all stolen vehicles across the city during that timeframe.

“Downtown and Point Douglas certainly seem to be areas where we see a lot more vehicle theft and that goes in line with increased numbers of property crime and other types of crime in those neighbourhoods,” said Murray. "But, again, this is a crime that can happen absolutely anywhere.”

Expectant mother Larissa Brightnose had her running vehicle stolen on a cold February day right outside her North End home.

"Ran back inside to grab my backpack, throw on my ski pants and I walked into the porch and saw that the car was gone," said Brightnose. “Just five, 10 minutes and bam.

“We live on a pretty good stretch and I’ve never had any issues, so, really just maybe a crime of opportunity.”

Both police and MPI said there’s an easy way to prevent your vehicle from being stolen.

“Many thieves are looking for vehicles where they’ve been left running, where keys are hidden inside and they’re left unlocked – and that’s how they’re stealing vehicles,” said Murray. “About 20 years ago it was a lot different, 15-20 years ago, people were attacking ignitions and that’s the primary way vehicles were stolen but that certainly has changed,” said Murray. “It’s an incredible inconvenience to somebody when their vehicle gets stolen and now these vehicles can get used for other crimes and they’re often operated in unsafe manners.”

Smiley said 90 per cent of vehicle thefts involve the use of keys.

“There’s a percentage of people where they leave keys in the console, they leave them under the floor mat, they’ll actually leave their vehicle running – so those are all preventable auto thefts,” said Smiley.

According to MPI, 99 per cent of vehicles in Manitoba are now equipped with immobilizers, electronic anti-theft devices, which have been credited with helping to curb car thefts.

Brightnose found out through MPI her vehicle – which has since been written off due to damage following the theft – was recovered by police a day after it was stolen. When she went to the insurance compound to gather personal belongings, she discovered a large knife inside. She’s not sure how the vehicle was used following the theft but seeing the state in which it was found left her feeling violated. 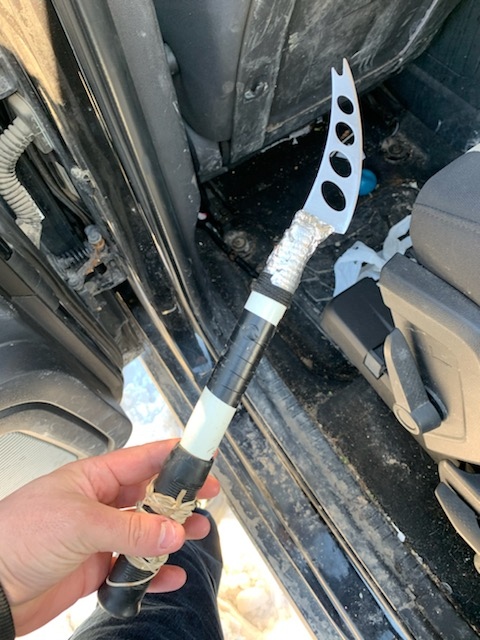 The knife found inside the vehicle at the insurance compound

“It had some damage to the front driver’s side bumper and most of the damage that we could see was to the belly of the vehicle, where my oil plan and my transmission are. All my fluids had leaked out,” said Brightnose. “Unfortunately, in hindsight, you live and learn.”