The demolition of Winnipeg's Public Safety Building has begun 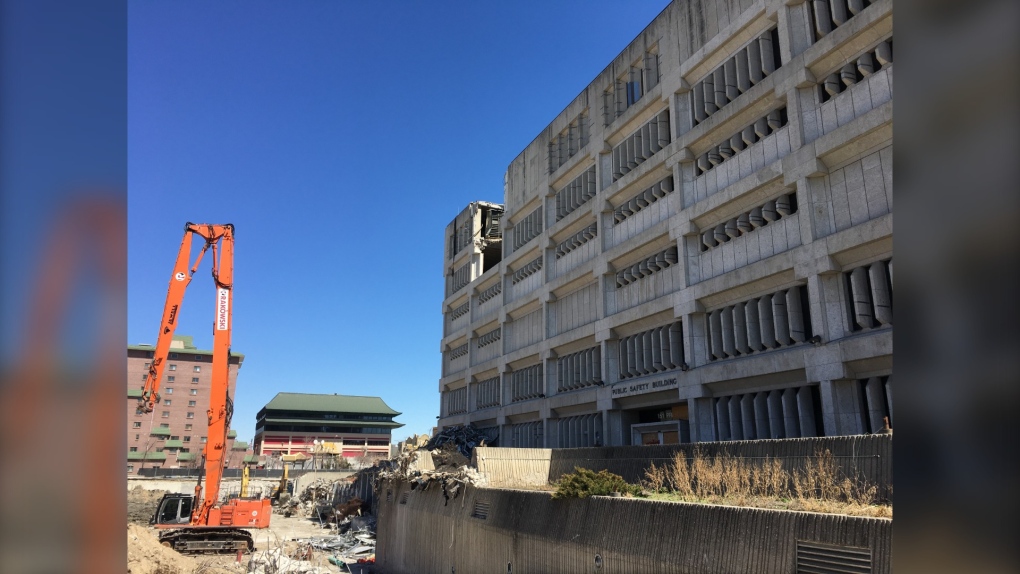 The city said exterior demolition of the west side of the building began on April 29. (Source: Zachary Kitchen/CTV News Winnipeg)

WINNIPEG -- The City of Winnipeg has officially begun to tear down the old police headquarters -- the Public Safety Building (PSB).

The city said exterior demolition of the west side of the building began on April 29, noting that the process of getting rid of the hazardous materials is now complete.

It said there have been no delays related to the COVID-19 pandemic, but that some unforeseen work regarding underground hydro infrastructure, signal controls and water service did delay the demolition.

In January 2020, CTV Winnipeg reported demolition crews were using an excavator to take down the car park adjacent to the PSB. The city reported on March 23 that the demolition of the parkade was finished.

The city expects the work to be complete by late September 2020, at which time CentreVenture, downtown Winnipeg’s development agency, and the city’s planning, property and development committee will be in charge of the redevelopment process.

People can watch a live stream of the demolition online.