The final countdown: one card left in small Manitoba community's chase the ace 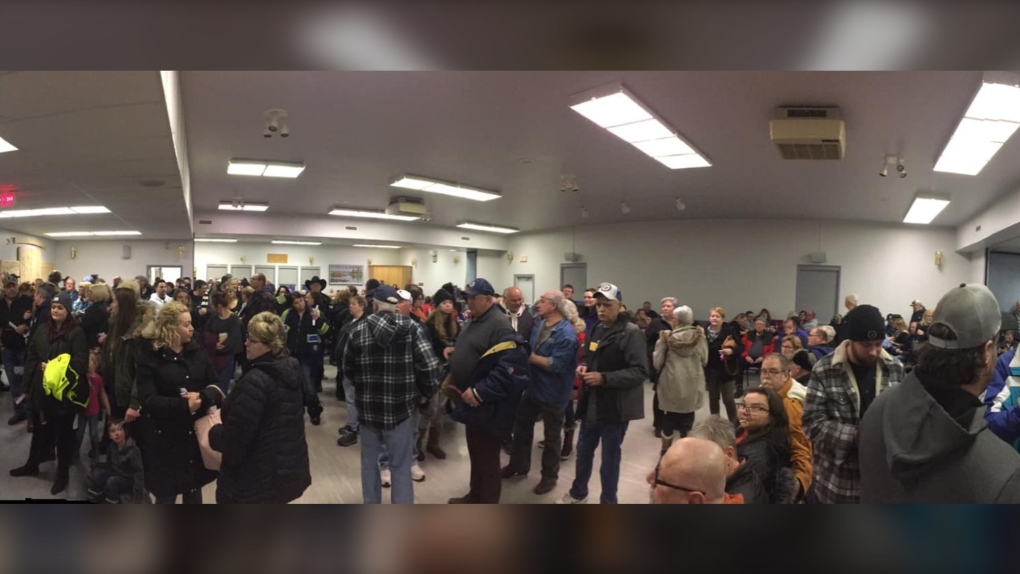 People are gathering in Whitemouth, Man. for their shot at winning the community's chase the ace. (Source: Facebook/Whitemouth Community Club)

WINNIPEG -- People are flocking to a small Manitoba community in hopes of hitting the jackpot.

Over the past year, the jackpot has been climbing in Whitemouth’s chase the ace, and now it sits at $230,366. That money will be going home with someone this weekend, though, as there is only one card left in the game.

“It’s pretty overwhelming,” said Bill Dowbyhuz, the president of the Whitemouth Recreation Association. “We never imagined it would go this far.”

The Whitemouth Recreation Association started the game more than a year ago with 54 cards in the deck -- a full set, plus two jokers. As the weeks, and then months, went on the cards dwindled until there was only one left.

Dowbyhuz said last Saturday about 600 people, if not more, tried to get their hands on the jackpot. He said $85,000 in tickets were sold, and this weekend they’ll have $100,000 in tickets available.

The game started in the community’s hotel, but in the last few weeks as the jackpot rose, so did the crowds, so they moved into the local recreation centre.

Whitemouth is a small community located in the Rural Municipality of Whitemouth, with a population of about 300 people according to the last census.

Dowbyhuz said there are only a handful of businesses in the community, and this chase the ace has definitely been a boost.

“Everybody’s getting a piece of the action, so it’s great,” said Dowbyhuz. “We are small here, but we’re big in numbers right now. It’s great for the town.”

He also noted about 40 volunteers are helping with the chase the ace, whether it’s through ripping tickets or counting money.

“This is a huge undertaking.”

He said it has also been a big benefit to the Whitemouth Recreation Association and has enabled them to do projects they weren’t able to do before, like upgrades to the curling rink.

Dowbyhuz said after the draw takes place, the committee will sit down to figure out what projects to tackle next.

“[Before] you’d have to watch how you spend your money. Now, we can come up with projects and try to get things done.”

“I’m sure they’ll be lined up before 11 o’clock this Saturday. They were lined up around 11 o’clock last Saturday, and we opened up more parking.”

The draw itself is expected to go down at 5:30 p.m., at which time someone will be more than $200,000 richer. Because the draw is now down to the final card, the next chase the ace in Whitemouth will start out with a $75,000 prize.

Dowbyhuz said the next game will start April 4.

Aside from the chase the ace, he said there is also a 50/50 draw in support of the Whitemouth Museum. He said it caps out at $10,000, meaning the winner gets to take $5,000 while the other half goes into the museum.