'The first time I ever met him': Manitoba woman recalls meeting her husband of 75 years at now closed Hudson’s Bay store 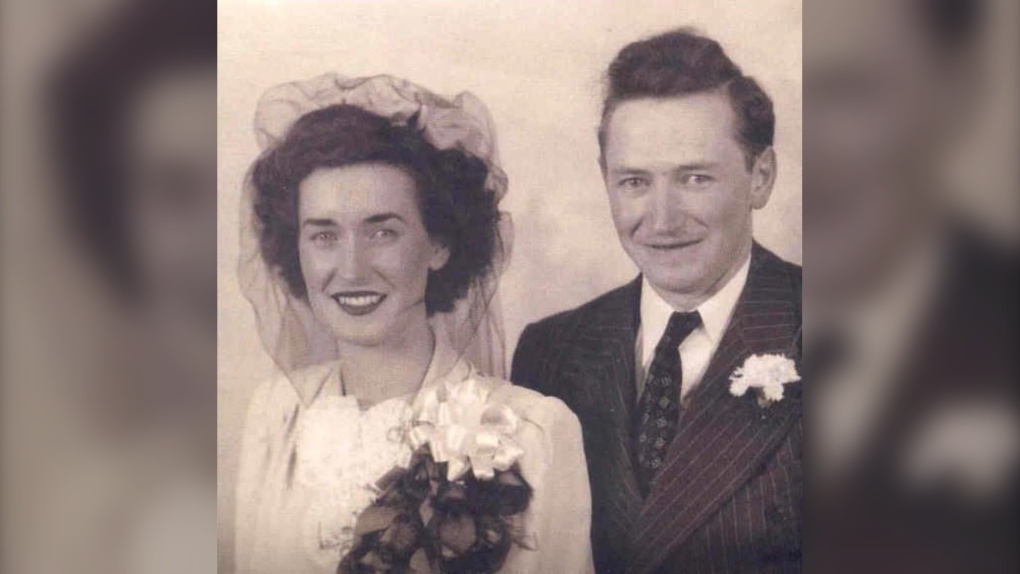 Ruth and John Schroeder, pictured after their wedding in 1945. (Photo courtesy: Amanda McVicar)

WINNIPEG -- The closure of a Downtown Winnipeg landmark is stirring up a lot of memories for a Morris, Man. woman.

On Monday, the Hudson's Bay Company announced it would be closing its store in Downtown Winnipeg immediately, even though it was originally set to shut its doors in February 2021.

For Ruth Schroeder, 99, the store holds a special meaning for her; it's where she met her husband John, 102.

Their first meeting occurred in 1942.

"My sister and I were going into The Bay, and he was coming out, and we were just in the revolving door, you know how it is, some going and some coming," Ruth said in a recent phone interview with CTV Winnipeg. "She waved to him to come back, and he came back, and she introduced me to him. That is the first time I ever met him."

Ruth's sister was dating John's cousin at the time, she said. Ruth and John began dating shortly after, and the couple wed in 1945. They marked their 75th wedding anniversary this year but were unable to hold a celebration due to the COVID-19 pandemic. 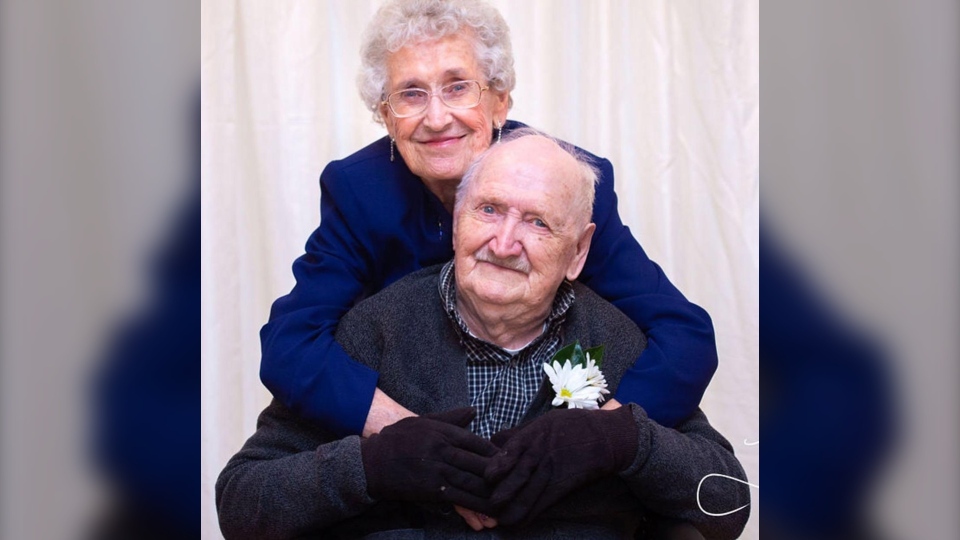 "We worked side by side, we had greenhouses for over 35 years, and we knew we had to work side-by-side all the time," Ruth said.

Ruth said the closure of the Bay has brought back memories of her experiences there. Originally from Saskatchewan, her first part-time job was at the Bay on sales days when she moved to Manitoba in 1940, a job she held for a year.

Ruth also remembered going to The Bay at Christmas time.

"They would open the store a half-hour earlier than normal because they had a choir that would sing Christmas carols for about a half-hour before the store opened," she said. "We'd go and stand there in the open area and listen to them."

Ruth said she hadn't been shopping at the downtown HBC for years due to malls opening up in other areas of the city.

"Before, when you did your shopping, you went from Eaton's to The Bay, and all the little stores were in between," she said.

She remarked that things are different downtown since she first arrived.

"When I came to Winnipeg, there was the big Eaton's store," she said. "I worked right across the street from Eaton's. But it's all gone too. That's the way it is."