'The Kickoff' is coming: Winnipeg chosen as hub city for Canadian Premier League 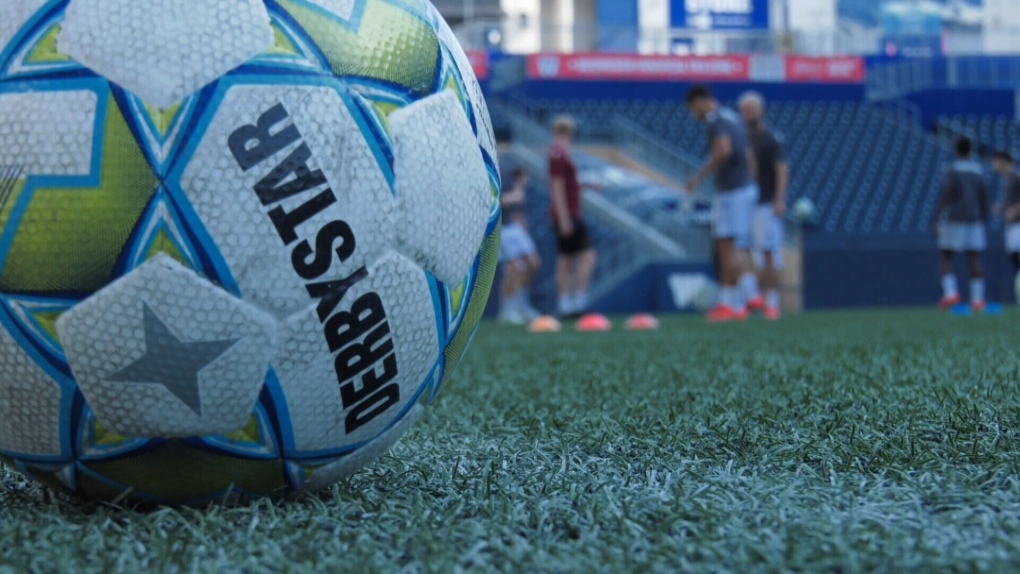 WINNIPEG -- A month of professional soccer is coming to Winnipeg as the city has been chosen to host the start of the Canadian Premier League (CPL) season.

Announced on Saturday, "The Kickoff" will see league teams play eight games each at IG Field starting June 26, for a total of 32 games, ending July 24.

"Excitement all around," said Rob Gale, head coach and general manager of Valour FC. "And the fact that Manitoba and our field, IG Field, is going to be hosting means the whole eyes across Canada are on us."

The league said it is committed to teams playing a full 28-game season, with hopes teams can return to their home fields later in the season. Whether the games are played in different venues or remain in some sort of bubble, Gale said having a full-season schedule gives teams the opportunity to play without having injuries take teams out of contention.

"If you get a few injuries like we did last year, your squad gets decimated and you're seven games and done and you don't get to show a full sort of profile of your team and see its full capabilities," said Gale.

Valour FC will hit the pitch on June 27 for its season debut against Hamilton's Forge FC. It will be the first time the team has played competitively on its home field since 2019.

The condensed start to the CPL season will see teams play every 72 hours, something Gale said is made more difficult when players have not played competitively for an extended period of time. The last time Valour FC played was nine months ago.

The games will be for broadcast only, with no fans in the stands. The league said all health and safety protocols put in place have been approved by Manitoba public health officials.

"Guidelines are in place for team testing before travel, during the first seven days and weekly thereafter, and players will be cohorted with their teams and only interact with other teams during matches," said Dr. Brent Roussin, the chief provincial public health officer in a statement. "Additionally, essential personnel will be limited and proactive screening, monitoring and tracking of participants will be documented to ensure the event is successful and safe."

The tournament is being supported by the Manitoba Chambers of Commerce and Economic Development Winnipeg through a provincial long-term recovery fund.

Dayna Spiring, President and CEO of Economic Development Winnipeg, said Winnipeg being selected as a hub city will give the city's tourism sector a much-needed boost, which has been hard hit by the pandemic.

"The Kickoff will translate into more than 5,500 booked hotel room nights and $4.9 million in economic spinoff. In addition, international media coverage will elevate Winnipeg on the global stage and position us as a premier city to host similar events in the future," said Spiring.

As for Valour FC's chances this year, Gale looks forward to the challenge.

"We're confident we've got the squad that's going to compete this year with a little bit of lady luck and hopefully some home-field advantage we'll be there or thereabouts, I'm pretty confident."

New league kits will be revealed on June 7, with a complete Kickoff schedule to be released June 9.