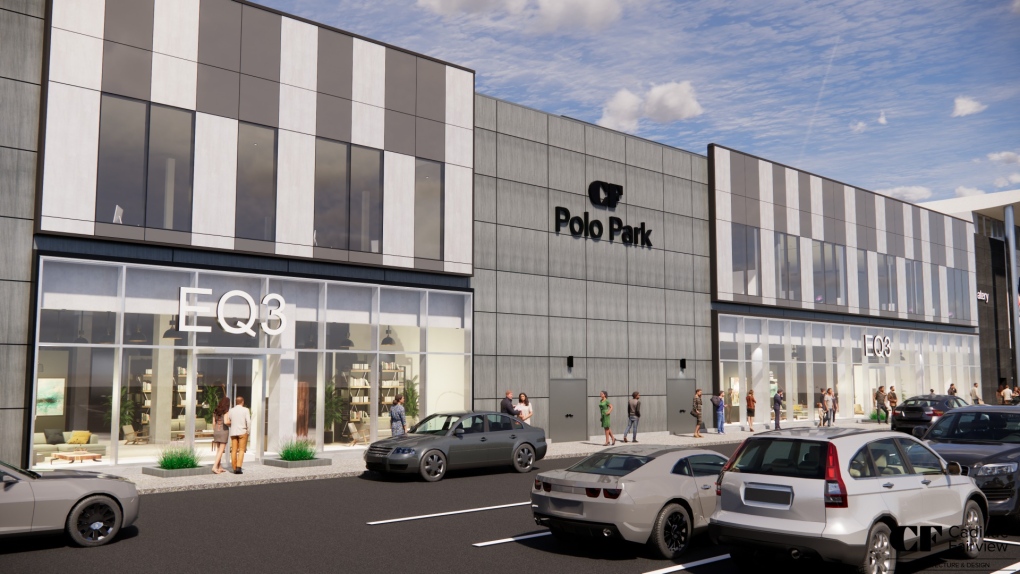 A rendering shows what a EQ3 store will look like at CF Polo Park once completed. (Image courtesy: Cadillac Fairview)

WINNIPEG -- The redevelopment of the former Sears location at CF Polo Park is taking shape, and will include an EQ3 store once it is completed.

Cadillac Fairview, the parent company of the mall, confirmed the store would be coming in an email sent to CTV News Winnipeg on Monday.

“The development will include office space, as well as additional retail opportunities including a 43,000 sq. ft. flagship EQ3 store in the former Sears space,” wrote Josh Thomson, senior vice president of development with Cadillac Fairview, adding the store is scheduled to be completed in summer 2021.

EQ3, a furniture company, is headquartered in Manitoba.

Cadillac Fairview also announced that, as part of the redevelopment, they are in the process of considering residential development in the area.

“This represents an incredible opportunity to increase density at the premier shopping district in Winnipeg, especially at a time when cities across Canada will be looking for opportunities to spark economic activity as we plan for long-term recovery from the pandemic,” Thomson wrote. 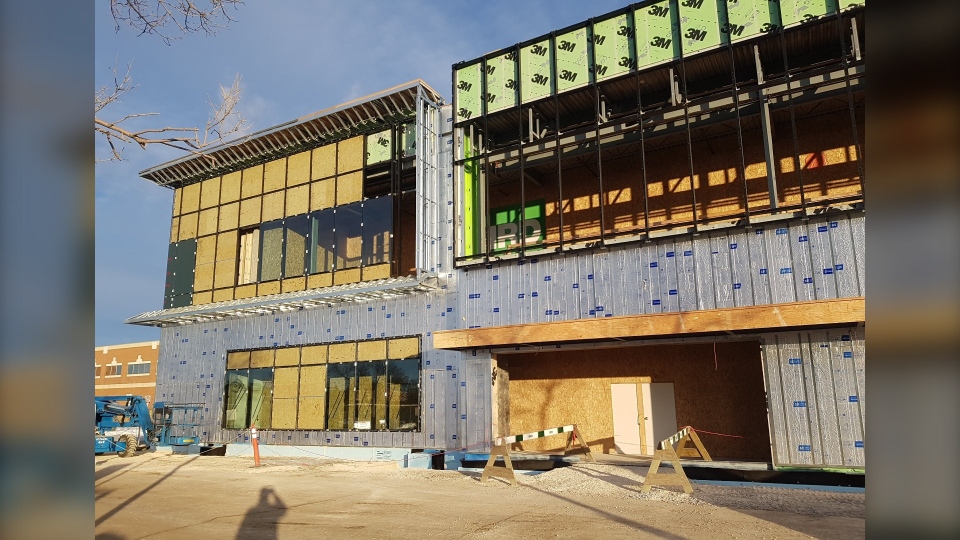 Sears vacated the property in December 2017, as part of the nationwide closure of Sears Canada. Currently, the entire exterior façade has been removed, Thomson said, and is being replaced with curtain wall glazing as well as ceramic and aluminum composite panels.

The original space was 260,000 square feet in size, including a 100,000-square-foot basement. While the current development will be 160,000 square feet, the company is doing work to prepare the basement for potential future use.

EQ3 will be on the lower level, while the upper level will be used for office space. Thomson said CF is negotiating with other companies to lease space in the location.