Over the past growing season, the group grew and harvested a soybean crop, with the proceeds of their sales going to a number of repairs at the St. Eustache arena.

Adam Legault, the equipment manager for STEMHA, said they got the idea after hearing about other communities taking on similar fundraisers.

From there, the association had to find a piece of land to grow their crop.

“First off, you need a piece of dirt, so our president Adam Dyck reached out to the R.M. of Cartier. We knew they had a piece of land, 120 acres, attached to the landfill site,” he said.

“So we approached the R.M. and basically asked them if they would lease us the land for a cost of $0, with the understanding that we would put all the proceeds towards fixing the arena and upgrading the arena in St. Eustache. So, that’s how it began.” 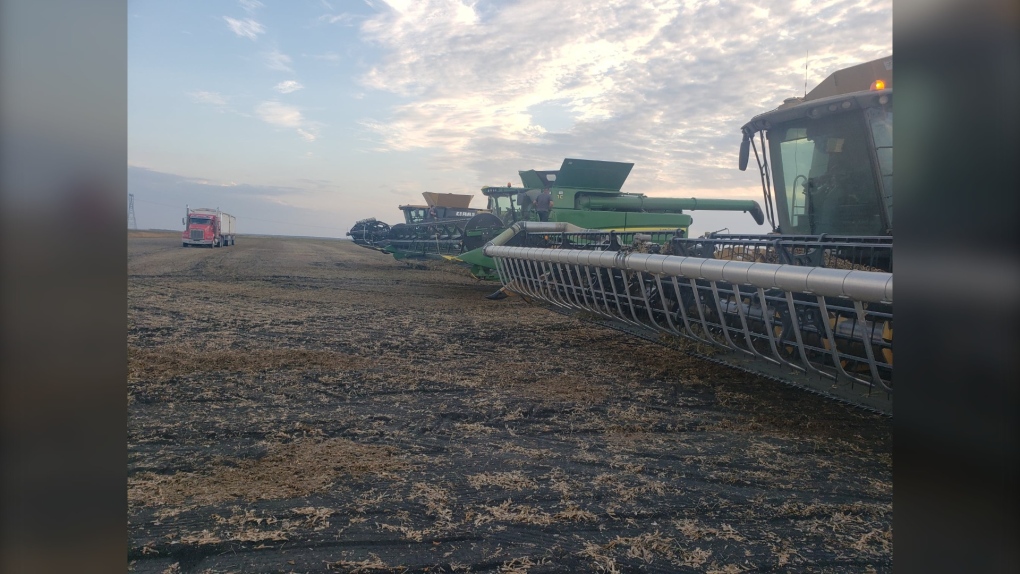 Legault said a number of different sponsors donated funds and supplies, so the association could keep the costs to a minimum and raise as much funds as possible. This includes soybean seeds donated from Richardson Pioneer in Starbuck and equipment from AgWest Ltd.

Legault noted that board members, non-board members and the minor hockey players all came together to make the project happen.

“When we took on this project, I wasn’t sure how it was going to go, but after approaching many of our sponsors, everybody hopped on board and they made this process super easy,” he said.

“It was a lot easier than expected just because of the generous support from our sponsors.”

Legault noted this summer’s dry conditions caused the crop to be poor. However, the association still managed to raise $20,000 in sales – a number they hope to increase through crop insurance.

“We also have crop insurance so that will help us raise quite a few more funds,” he said.

“As far as the soybean sales, we were a little over $20,000 in soybean sales. We hope to almost double that with crop insurance.”

Legault said the proceeds will go to a number of different repairs at the arena including upgrades to the washrooms and ice plant.

“There’s no shortage of projects within the arena,” he said.

“The roof needs fixing, some entry and exit doors need repairs, we’d like to upgrade to LED lighting. I guess the list goes on and on.”

Legault noted that Cartier has offered up the land for the 2022 growing season, so the association plans on taking on the fundraiser again.