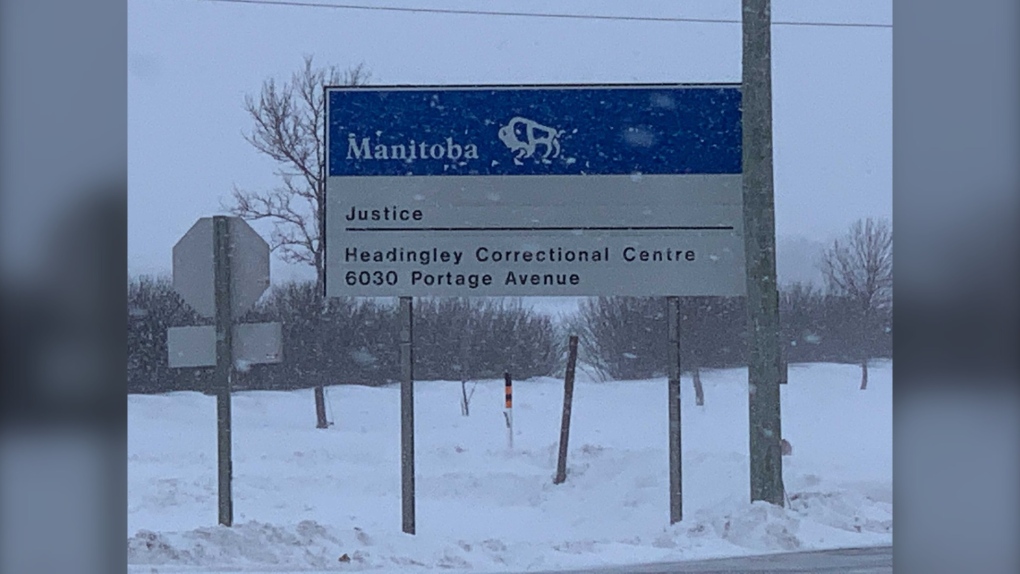 The Manitoba government has reported COVID-19 cases at several provincial jails, including nearly 300 cases at the Headingley Correctional Centre since the pandemic began.

According to data on the province’s website, there have been 274 cases at the Headingley Correctional Centre, which includes 214 inmates and 60 staff. The provincial data does not specify how many of these cases are considered active and recovered.

A provincial spokesperson said the number of cases is cumulative.

The Manitoba government did not have any more information to provide on the Headingley Correctional Centre and said they would only make a further announcement if there was any risk to the public.

The province is also reporting cases at several other correctional institutions.

Provincial data shows 20 cases reported at the Agassiz Youth Centre, including 13 inmates and seven staff. The province does not say how many cases are active.

The Brandon Correctional Centre has 112 reported cases, including 91 inmates and 21 staff. The provincial data shows all of these cases have since recovered, and there are no active cases as of Tuesday.

Two inmates and 15 staff at the Manitoba Youth Centre have tested positive. Of the total cases linked to this outbreak, provincial data shows two cases are considered active and 15 cases have recovered.

There are 114 cases reported at the Milner Ridge Correctional Centre, including 84 inmates and 30 staff. The majority of these cases have recovered, only two are considered active.

Four cases – all of whom have since recovered – have been reported at The Pas Correctional Centre, including one inmate and three staff members.

The provincial data shows 116 cases reported at the Winnipeg Remand Centre, including 92 inmates and 24 staff. The province does not say how many cases are active or have recovered.

There are 55 cases reported at the Women’s Correctional Centre, including 35 inmates and 20 staff members. Of these cases, eight are considered active, while 47 cases have recovered.

The provincial data specifies cases associated with a correctional institution are reported regardless of a declared outbreak.

EDITOR'S NOTE: This article has been updated to include the number of active cases linked to correctional institutions, and to specify the number of COVID-19 cases reported are cumulative since the pandemic began.