‘The parade itself will be over’: More than a Christmas miracle needed after Winnipeg Santa Claus Parade considers cancelling 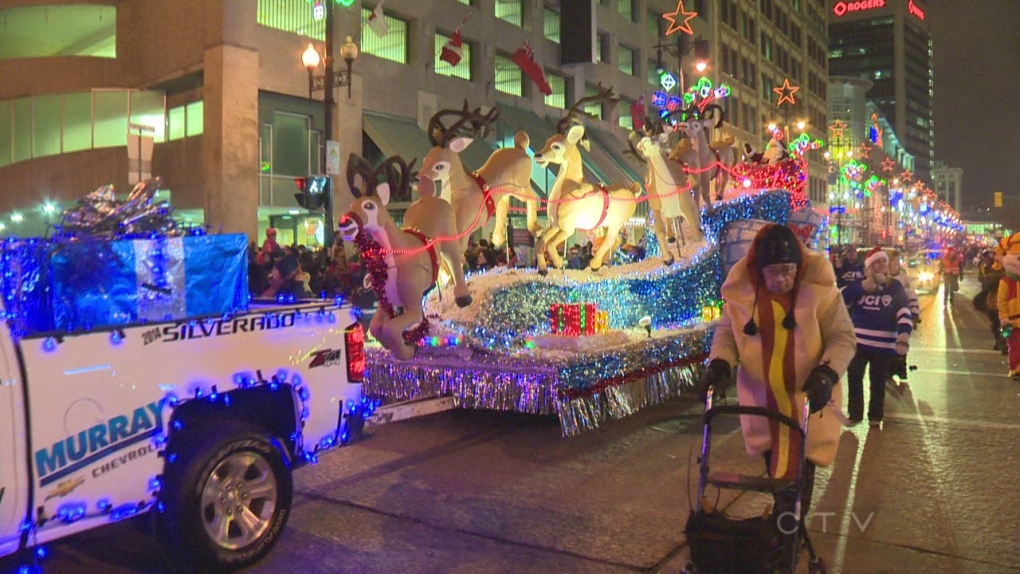 The Winnipeg Santa Claus Parade has been bringing families together for more than 100 years.

“Something I look forward to. Makes it really feel like winter and Christmas is on its way,” said Victoria Graham, whose been going to the parades since she was a kid.

This year Graham was hoping to bring her own kids, ten-month-old Christopher and two-year-old Selah, to the parade for the first time.

“I thought she would love to see the different floats go by and the lights and everything, so I thought they’d really enjoy it this year,” said Graham.

It turns out that may not happen.

“We have about ten days to raise the required funds or we won’t be able to do the production of the parade,” said parade director Monica Derksen.

A new Santa float has them seeing red.

Last December the old float was deemed unsafe, and plans for a new one began which came with a $100,000 price tag.

Originally, a sponsorship was footing half the bill and the parade board was left to raise the other half on top of their regular operating costs, but Derksen said the partner pulled out in April leaving the board to come up with another $50,000. At that point, the float had already begun construction.

“The money that we’re using to build the float, I guess, would otherwise be used to do the production of the parade,” said Derksen.

An online fundraiser was started in July and has raised more than $30,000.

Derksen said the parade is typically a break-even event, and they usually raise around $120,000 to cover the costs through sponsorships and entry fees.

“Everything from city permits, fencing, toilets, the parade marshals that we need, all the logistics, the coordination, the marketing.”

Derksen said the float is on schedule to be complete by the end of October, but it won’t be seen by the public without a Christmas miracle.

“We have 60,000 people attend every year, so in theory a dollar each would get us where we need to go.”

If the parade is able to raise enough money by Oct. 5, it will go on as planned, but if not Santa’s sleigh won’t be flying down Portage Avenue.

“Essentially the parade itself will be over,” said Derksen. “Unfortunately, there’s just no other sort of avenue to come out of that hole.”

Graham is hoping the parade will march on.

“That would be very sad, because that’s something I always enjoyed as a kid, and I just thought we’d always keep that tradition. Every year, go watch the Santa Claus Parade.”

The 109th Santa Claud Parade is scheduled for Nov. 17.