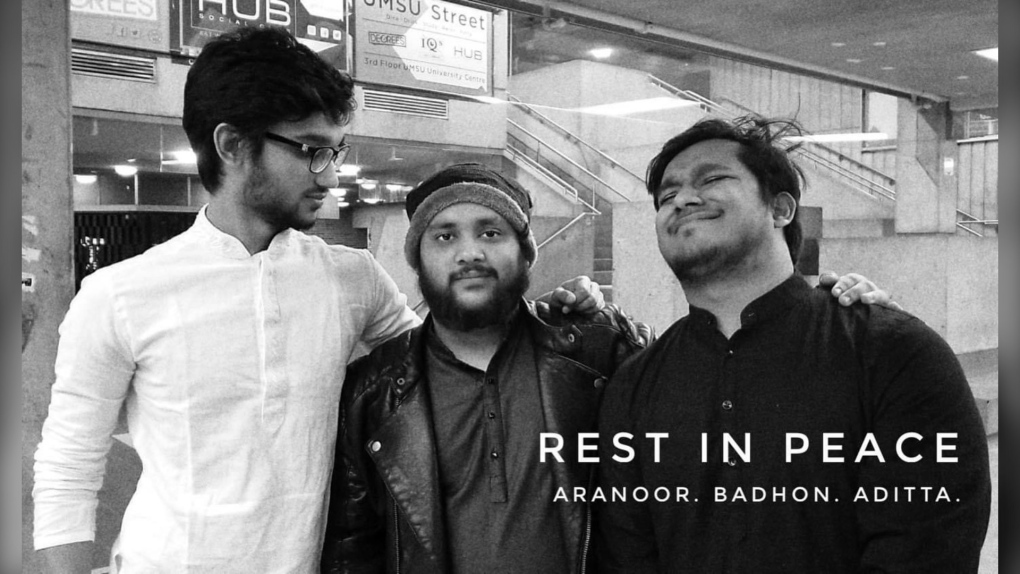 WINNIPEG -- The University of Manitoba held a vigil on Tuesday in remembrance of the three international students who died in a highway crash last week.

“They all came (to the university) to enrich themselves, and along that journey they enriched our community with their remarkable and inspiring personalities,” said Michael Benarroch, president of the U of M, at the vigil.

“Now we can only imagine what contributions they would have made had their lives not been cut so short.”

“Something life changing has happened to us in the last few weeks,” said Tahbit Dewan, president of the U of M Bangladeshi Students’ Association.

“We have lost five of our brothers… sadness and grief at the loss that our whole student body is feeling. So shocking in its horror and so gripping in its connection to each of us.”

The vigil began with a recitation from the Quran led by Abdul Ahad, the president of the U of M’s Muslim Students’ Association. The event included speeches from a number of U of M officials, representatives and students, including Natasha Ali, the Muslim campus chaplain; Silvia Sekander, the president of the University of Manitoba Graduate Students’ Association; and Fardeen Zareef, a friend of the men who died.

“Our loss is an irreplaceable one,” Zareef said, adding that the men who died were some of “the purest souls,” he had the honour and pleasure of calling his brothers and friends.

“They were people who you’d go to war for, people you saw yourself growing old with, people you admired and looked up to.

“They were warm, kind, always helpful, never asking for anything in return, never questioning twice. They had amazing dreams and they were working so hard towards achieving those goals. It hurts to even think about the opportunity that was taken away from them.”

Any U of M students needing support at this time can contact the Student Counselling Centre or any other of the university’s counselling resources. Staff and faculty can reach out to the Employee and Family Assistance Program.

The university also has a spiritual care coordinator and a team of chaplains for anyone to talk to if they are feeling distressed. The health and wellness office has a registered nurse who can provide support, and the International Centre can provide help to international students.