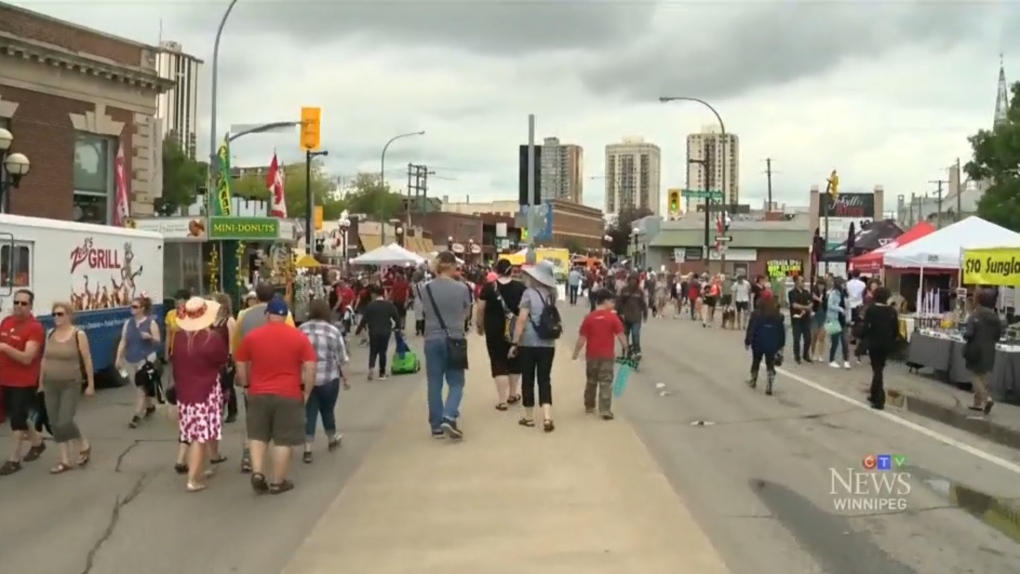 There will be no street festival in Osborne Village this Canada Day.

There will be no street festival in Winnipeg's Osborne Village this Canada Day.

Lindsay Somers, the executive director for the Osborne Village BIZ, said the decision to pull the plug on the festival came after the organization surveyed area businesses – many of whom said they had to close during the festivities.

"They indicated that it wasn't beneficial to their businesses, because we had a lot of outside food trucks and vendors come in for the street festival," Somers told CTV News. "It grew beyond its community roots where the idea originated, and so we weren't really meeting the needs of our members anymore."

While there will be no street festival, Somers said Winnipeggers are still welcome to visit the Village on Canada Day.

The Osborne Village BIZ is launching its Happy Friday pilot project on July 1. The event, which will be slimmed down compared to the sprawling street festival, will include a concert series at the Bell Tower and encourage people to visit Osborne's 12 patios.

"It's just more to the scale of the Village experience, is what we want to encourage. It's about connecting and being part of the neighbourhood," Somers said. "It's time for a reboot of Osborne Village and give the neighbourhood the love it needs and polish it up and invite people back all summer long."

She said this is a step in a new direction for the Village, one she hopes will lead the revitalization efforts. As for any future Canada Day events, Somers said she is open to any possibility.

"I would never say never for anything, but for right now, this is the right decision for us."

The last time Osborne Village held a Canada Day Street Festival was in 2019.

Donald Trump invoked his Fifth Amendment protection against self-incrimination as he testified under oath Wednesday in the New York attorney general's long-running civil investigation into his business dealings, the former U.S. president said in a statement.

With some airlines denying compensation for delayed flights or missing baggage, a few Canadian passengers are taking their claims to court.

Watch as a small plane crash-lands on a California freeway; no injuries

The pilot and passenger aboard a single-engine plane survived a dramatic crash-landing on a California freeway, in video captured on a dashcam.

Family members are still searching for answers after the RCMP apologized for not properly investigating an Indigenous woman's death more than five decades ago.

More than two dozen plastic makers are asking the Federal Court to put an end to Ottawa's plan to ban several single-use plastic items including straws, cutlery and takeout containers.

Children ages 1-9 in London were made eligible for booster doses of a polio vaccine Wednesday after British health authorities reported finding evidence the virus has spread in multiple areas of the city but found no cases of the paralytic disease in people.