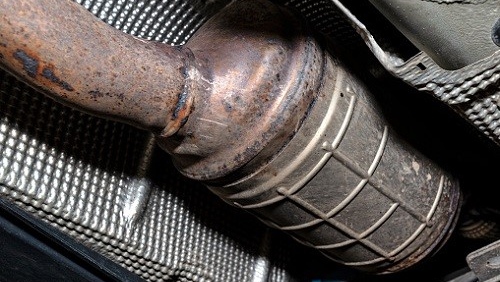 The Winnipeg Police Service is reporting a steep drop in catalytic converter thefts.

In a news release on Monday, police shared statistics showing that at the start of the year there were hundreds of catalytic converter thefts each month, but by August the number had significantly dropped. These numbers include:

According to police, in order to curb the theft of catalytic converters, they conducted a four-month investigation called ‘Project Precious.’

Winnipeg police note that the Manitoba government also introduced a bill that requires scrap metal dealers to follow strict rules when buying and selling certain metal products. This means anyone trying to sell these items needs to provide government ID at the time of the sale, and the metal dealers need to keep accurate and up-to-date records of the transactions.

Police note they have the authority to conduct random checks at metal dealers and enforce these new requirements.

Along with the work by police and the government, Crime Stoppers launched an initiative called ‘Save Your Cat’ through funding from criminal property forfeiture.

According to Winnipeg police, in 2021 vehicle accessories, including catalytic converters, replaced liquor as the most stolen property. There were more than 1,700 reported thefts last year.

Academy Award winner Irene Cara, best known for singing the theme songs for 'Fame" and 'Flashdance,' has died in her Florida home, according to a statement from her publicist made on behalf of the singer's family. She was 63.

The World Cup in Qatar has sparked soccer – and non-soccer – conversations around the world. CTV's W5 Executive Producer Derek Miller writes for CTVNews.ca about his observations from the tournament and how soccer is evolving in Canada.

Ottawa commits $39.4M to support Indigenous languages in the North

The federal government says it is investing $39.4 million to support Indigenous languages in the territories.