'There is no financial incentive': Goldeyes embark on a high risk, little reward 2020 season away from home 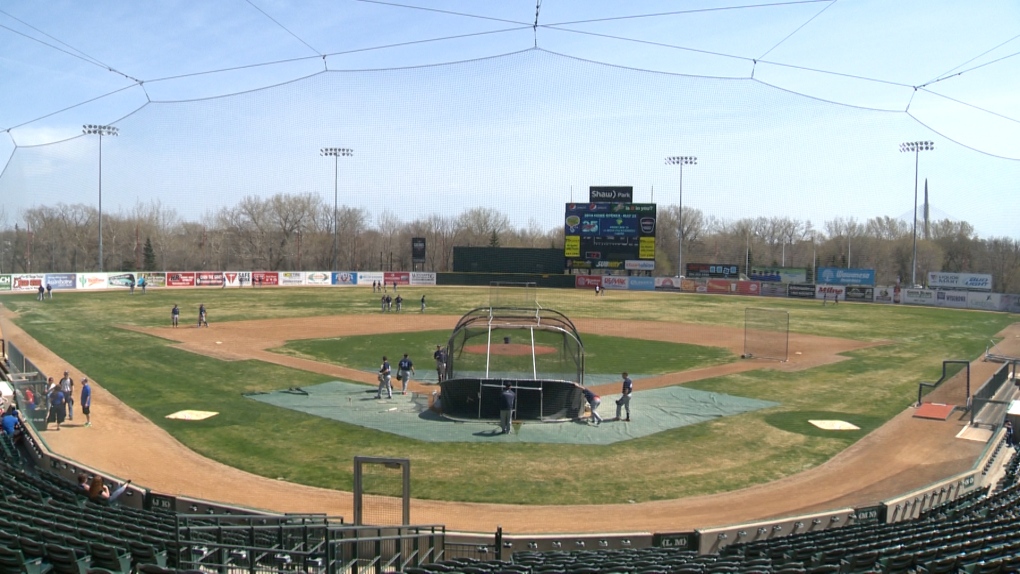 Shaw Park, the home of the Winnipeg Goldeyes, is pictured in an undated image.

WINNIPEG -- It’s a labour of love for Winnipeg Goldeyes owner Sam Katz, and the statement especially rings true this season.

The Goldeyes are one of six American Association teams forging ahead with a shortened season, and the league’s only Canadian team will be one of the three “road-only” teams, playing their games in Fargo, North Dakota which is closest of the three hub cities to Winnipeg.

“It just made sense, from my point of view, to have the team out there playing,” said Katz. “And if things change, and the border opens up, then maybe our fans can get over to Fargo (and watch a game) as well.

"So there are lots of possibilities, lots of pros and cons.”

While the six other teams in the league have suspended operations due to the impact of COVID-19, Katz says it was important for the team to participate in the 2020 season, to give the club and league a better chance at returning in 2021.

Due to provincial restrictions currently keeping public gatherings at 50 people or less, and the federal government mandating a 14-day quarantine upon entry to Canada, Winnipeg was unable to serve as a hub city for the US-based league.

The Milwaukee Milkmen, Sioux Falls Canaries, and the Fargo-Moorhead RedHawks will share their stadiums with the three road-only teams, which includes the Goldeyes, St. Paul Saints and Chicago Dogs.

While Katz said the league is discussing a form of revenue-sharing for the 2020 season, it is highly unlikely the team will make any money this season.

“There is no financial incentive,” Katz said. “There is an opportunity to lose more money than we are already losing and there is a hope we can possibly break even, but we don’t know that right now. There is a phenomenal amount of risk.”

WHAT THE FUTURE HOLDS

While Katz is looking at the 2020 season as an opportunity to keep fans engaged while giving its players a chance to hit the field during these uncertain times, he’s also hoping it’s laying the groundwork to returning to Winnipeg in 2021, if not sooner.

“There is also the unlikely chance, but it's still out there, that things could change come August or early September, and if we are still playing in the playoffs, we may be able to use Shaw Park which would be unbelievable," Katz said.

But the future of Shaw Park as the Goldeyes' home is also up in the air, as the current lease agreement between the city and the team is set to expire at the conclusion of the 2023 season.

Katz says the city will deliver its recommendations in mid-July, and hopes there won’t be much change to the current conditions.

“We pay property taxes, all utilities, we pay business tax, we maintain the facility and we want to continue the exact same thing and continue our land lease,” he said.

For now, the front office is focused on getting through this summer. Katz says the league is actively working on an up-to-date plan to ensure the health and safety of players, staff and fans, while the team is working towards making sure its entire 23-man roster can get to North Dakota, including Winnipeg’s five Canadian players, who currently can’t cross the closed border.

Nonetheless, Katz believes the league going ahead with a season is encouraging, as teams across the league hope to bounce back in 2021.