'There's so much bad that could happen': MPI seeing spike in speed-related serious driving offences 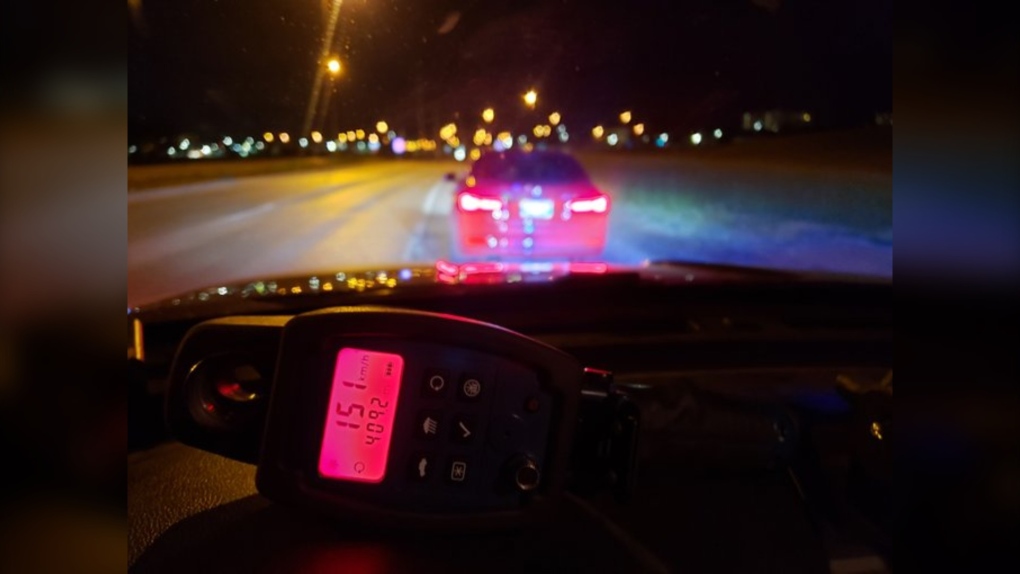 WINNIPEG -- Manitoba Public Insurance (MPI) says there are too many drivers who are travelling at dangerous speeds in the province.

MPI said from April to June, it has received 148 speed-related serious driving offences, noting this was a 60 per cent increase compared to the same time in 2019 when there were only 93.

Brian Smiley, a spokesperson with MPI, said a lot of this has to do with the pandemic and the decrease of traffic on Manitoba roads.

"But the volume of vehicles has increased as time goes on into the summer. What we are seeing now are high-risk driving behaviours by high-risk drivers," said Smiley.

Insp. Gord Spado, who is with the Winnipeg police's traffic division, said officers have caught several people inside the city travelling at excessive speeds.

"Speeds such as 169 km/h down Bishop Grandin or Chief Peguis Trail," said Spado.

Windy weekend to be sure! Queue the sound of $1,228 being blown out of this motorist's bank account. He was clocked Sunday at speeds reaching 169kmh in a designated 80khm stretch of Bishop Grandin near Pembina. He also faces an MPI license review. #WPSTraffic #JustSlowDown pic.twitter.com/rlehEQq86d

That was fast! Summer driving season ended just as it started for this motorist. On June 21(1st day of summer), he was caught doing 162 km/h in an 80 zone on Chief Peguis. He faces an $1,123 fine. Did we mention he was driving with a learner's permit? #JustSlowDown #WPSTraffic pic.twitter.com/X4FyqNpxUa

He added that when people are travelling at these speeds, it is not only unsafe for others on the road, but the driver as well.

"If you hit something, like a pothole, that causes you to lose control, you lose control very quickly, and it can be dangerous for yourself as a driver," he said.

Spado said for those who do speed at such high rates, they usually fail to realize how hard it is to react to situations in front of them.

"So let's say you are doing 160 km/h…so you're travelling 44 metres per second. So in two seconds, you have almost travelled the length of a football field and that's before you start evasive action. Well, what have you hit in the meantime?" said Spado. "Then the stopping distance on a vehicle on top of that. There is so much bad that can happen in a short period of time."

Both Spado and Smiley said the punishments for excessive speeding can be significant.

Smiley said if a speed infraction is 50 km/h or over it must be reported to the Registrar. Drivers are given five business days to notify MPI so a show cause hearing can be scheduled.

"Manitoba Public Insurance stats show us that 90 per cent of these show cause hearings result in license suspensions that can range from several months to multiple years," said Smiley.

Spado also said officers can give tickets that can be more than $1,000, and if a serious collision occurs, criminal charges for dangerous driving could be laid.

Both Spado and Smiley said drivers who hit these kinds of speeds need to worry more about the dangers of excessive speeding and slow down.